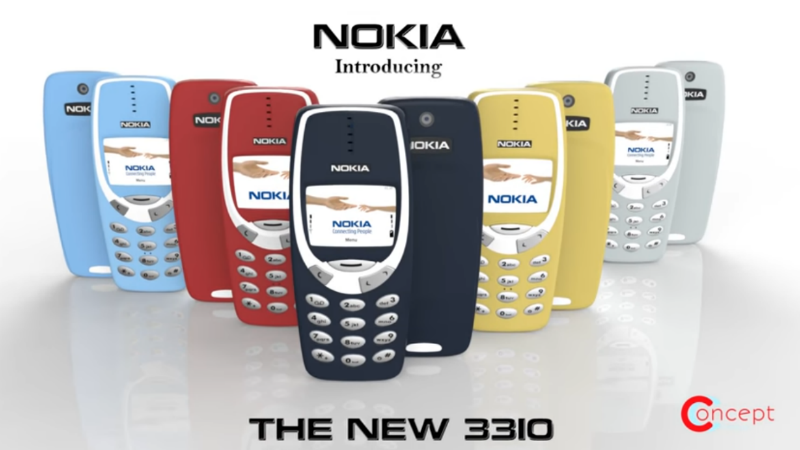 At MWC 2017, all eyes will be on the rumoured Nokia 3310 reboot, the modern avatar of the classic phone that dominated the 2000s. The device is said to stick to its feature phone roots, but not much had been leaked about it so far. However, a new leak has given us a few nuggets of detail about the Nokia 3310 reboot, suggesting that HMD Global - the company that holds the rights to the Nokia brand name on mobile devices - will keep the nostalgia factor alive, and not stray too far from the original.

The latest Nokia 3310 reboot leak comes from Vtechgraphy and notes that the feature phone will sport the same sturdy form factor as the original version. It will be a feature phone and not a smartphone, but will be slimmer and lighter than the original Nokia 3310. The phone's display will be larger accompanied by a physical keyboard whose key size and structure will be changed. It will also sport a colour display, replacing the monochromatic one.

Nokia 3310 reboot is reportedly going to be priced at EUR 59 (roughly Rs. 4,000), and will be available soon after launch at MWC 2017 on February 26. It will be available in three colour variants - red, yellow, and green - and a separate report from MobileToday claims that HMD Global will partner with Carphone Warehouse to launch it in the UK.

The Finland-based company is expected to unveil four new phones at its event on Sunday. Apart from the Nokia 3310 refresh, other Nokia phones expected to debut later this week include two budget Nokia devices - Nokia 3 and Nokia 5. Global availability details of the Nokia 6 could also be announced. HMD has confirmed that it will live stream the event on YouTube and Facebook. We will be on ground zero giving you all the updates as well. Stay tuned!

Cloudflare Patches Bug That Leaked User Data, Says No Sign of Hackers Exploiting
Sunset Overdrive 2 May Happen With or Without Microsoft: Insomniac Games