Nokia 3310 3G US Pre-Orders Open, Will Start Shipping From October 29 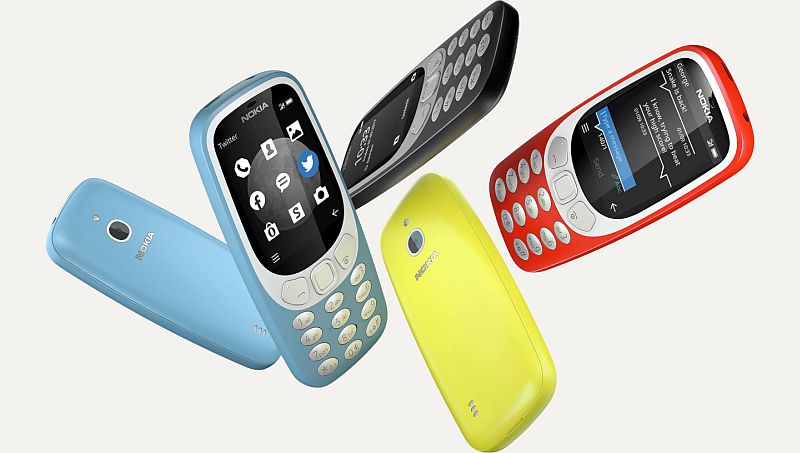 HMD Global's iconic dumb phone reboot, the Nokia 3310, was received with some outrage when it launched without 3G connectivity support. The company finally unveiled a 3G model last month, and it will be going on sale in the US starting next week. A Best Buy listing in the US has confirmed that the Nokia 3310 3G model will start shipping from October 29.

The Nokia 3310 3G variant will be available in the US at $59.99 (roughly Rs. 4,000) and is now available for pre-orders. In India, the new Nokia 3310 with 2G support was launched at Rs. 3,310 in June - it is not yet known when the 3G model would be launched in India or how much it would cost. To compare, the Jio Phone is, of course, the most talked about feature phone in the country with access to high speed Internet, as it offers 4G speeds.

Apart from the 3G connectivity, the new Nokia 3310 3G also comes with new customisation options for rearranging icons and choosing colour themes. The company is marketing it as all-new customisable retro UI. The company unveiled the new Nokia 3310 3G variant in Australia initially and now is expanding the availability. The biggest highlight of the refreshed dumb phone is it can browse the Internet on relatively faster speeds in Australia. It was launched in Australia with a price tag of AUD 89.95 (roughly Rs. 4,600) - its price at the global MWC unveiling was announced as EUR 69 (about Rs. 5,320).

To refresh on the specifications, the new Nokia 3310, much like its original sibling, features a massive standby time of up to a month. The new Nokia 3310 also includes the regular Micro-USB port and ditches the pin charger. It features Bluetooth 2.1 for pairing with speakers and other phones. The phone also features classic Snake game which has been optimised for the new colour screen.

It sports a 2.4-inch QVGA (240x320 pixels) colour display and runs on 'Feature OS powered by Java', as per the company, and comes with 64MB storage and supports expandable storage via microSD card (up to 32GB). On the back is a 2-megapixel camera with LED flash; the feature phone also offers FM radio. Nokia 3310 3G packs a removable 1200mAh battery that is claimed to offer 24 days of standby time for dual-SIM variant. It will be available in Azure, Charcoal, Warm Red, and Yellow colours. It measures 117x52.4x13.3mm and weighs roughly 88 grams for dual-SIM version.