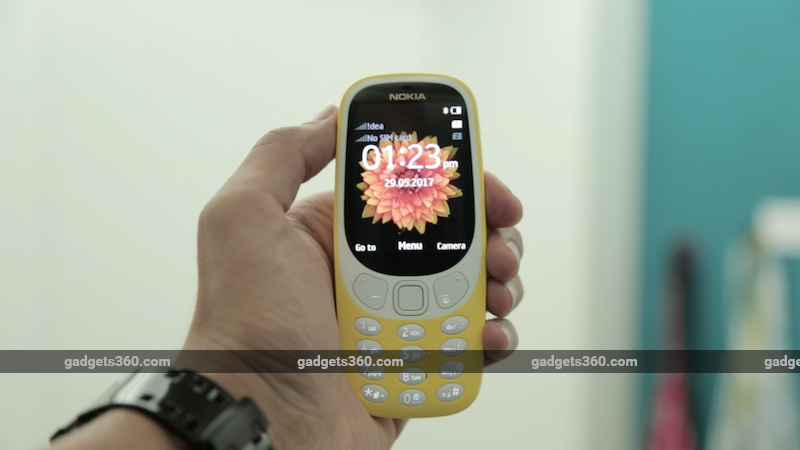 Just last month, a 3G variant of the Nokia 3310 (2017) was spotted on the US FCC certification site and while there were very few things revealed from the listing apart from the variant's existence, we now have more information. As per the latest information, the 3G variant of the revamped Nokia 3310 will be launched in either late September or early October.

In response to a customer query on Twitter, Irish telecom carrier Three Ireland Online said that the 3G variant of the Nokia 3310 (2017) will be arriving in the time frame of late September or early October, as per a report by Nokiapoweruser, with the tweet now have been deleted. To recall, the FCC listing of the 3G variant of the handset revealed that it will come in same height and width as the original Nokia 3310 (2017).

The Nokia 3310 (2017) features a 2.4-inch QVGA (240x320 pixel) colour display, compared with the 48x84 pixel resolution of the original. The handset runs on Nokia Series 30+ OS and comes with 16MB storage and supports expandable storage via microSD card (up to 32GB). On the back is a 2-megapixel camera with LED flash; the feature phone also offers FM radio. Nokia 3310 (2017) packs a removable 1200mAh battery that offers 22 hour talk-time and month-long standby time.

While the 2G variant of the revamped Nokia 3310 was priced at Rs. 3,310 in India, we can expect the 3G variant of the feature phone to be priced slightly higher in the country. As India is a market of focus for HMD Global, the company that currently holds the right to manufacture and sell smartphones under Nokia brand, we can expect the 3G variant to be launched in India as well.