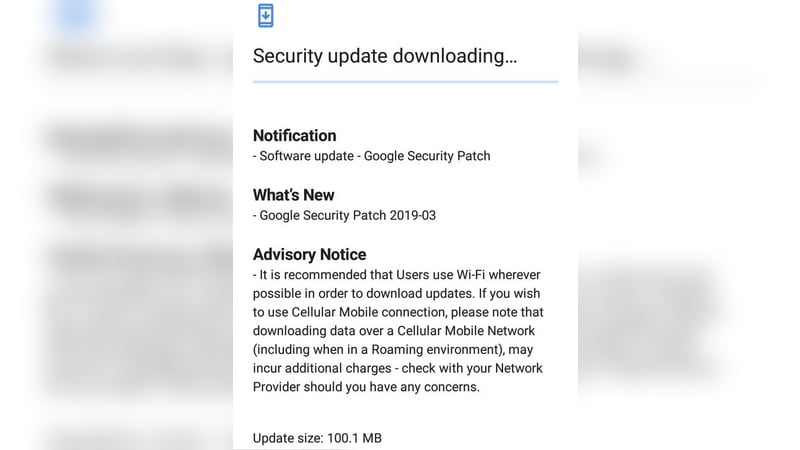 Nokia 3 users in India are reporting reception of the new update with the March Android security patch.

Nokia 3 has reportedly begun receiving a new update, which brings the March Android security patch. HMD Global has started rolling out the new update in a staged manner in select regions, as per users reports, including India, and it is expected to reach users as an OTA updated in different batches. The update weighs 100.1MB in size, but aside from upgrading the Android security patch, it does not bring any new features to the table. There is no word from the company as to when the global rollout of the update will begin.

The rollout of the March Android security patch for the Nokia 3 was spotted by NokiaPowerUser, which added that the update is currently available in India and Kurdistan. Multiple users have shared screenshots of the update page on their Nokia 3 smartphone, confirming that the rollout has commenced in India. As for the shift to Android Pie, HMD Global recently revealed that the Nokia 3 will receive the Android Pie update at some point in Q2 2019.

Talking about specifications, the Nokia 3 comes equipped with a 5-inch HD display and is powered by a 1.3GHz quad-core MediaTek 6737 SoC, paired with 2GB of RAM. There is 16GB of inbuilt storage that can further be expanded via a microSD card (up to 128GB). The device features an 8-megapixel front camera as well as an 8-megapixel rear camera, and packs a 2,650mAh battery.