Nokia 3 Now Available Online in India: All You Need to Know 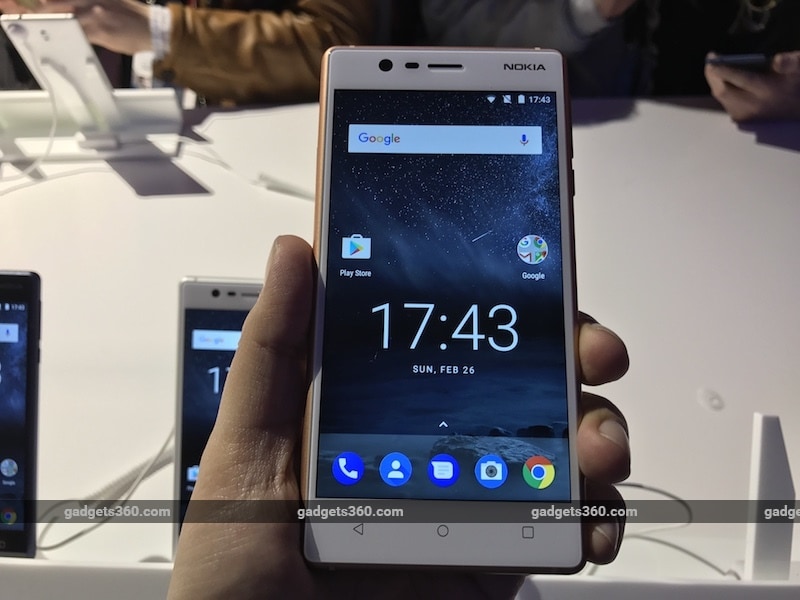 Nokia 3, the offline-exclusive Nokia Android phone that was launched earlier this month, can now be purchased online in India. The cheapest of the three new Nokia phones, the Nokia 3 has been listed on its site by large-format retailer Croma, meaning you can purchase the smartphone without heading to a physical store. With a Rs. 9,499 price tag, Nokia 3 is available to buy in Black colour, while other colours have gone out of stock. Notably, this is not the first time Croma has listed an offline-only Nokia phone on its e-commerce website.

Prior to this, the Nokia 3310 was also available via Croma's online store - which is also offline exclusive in India. The Nokia 5, priced at Rs. 12,899, has also been listed at the online store of Croma though currently 'out of stock'; the Nokia Android phone is yet to go on sale in India, both online and offline. As announced earlier by HMD Global, the Nokia 5 will be going up for pre-bookings starting July 7 through offline channels. The Croma listing was first reported by Gizbot.

HMD Global unveiled the trio of Nokia Android smartphones in India earlier this month, of which Nokia 3 and Nokia 5 are offline-only, and Nokia 6 is online-exclusive.

To refresh, the Nokia 3 is targeted at those who are looking for a premium-looking handset at a budget and features a 5-inch HD display, Android 7.0 Nougat, and 1.3GHz quad-core MediaTek 6737 SoC. It comes with 16GB of inbuilt storage, which is expandable via microSD card (up to 128GB). Optics include an 8-megapixel camera on both the front and back. The Nokia 3 packs a 2650mAh battery and measures 143.4x71.4x8.4mm.