Nokia 3.2 was launched at MWC, and is now set to arrive in India. 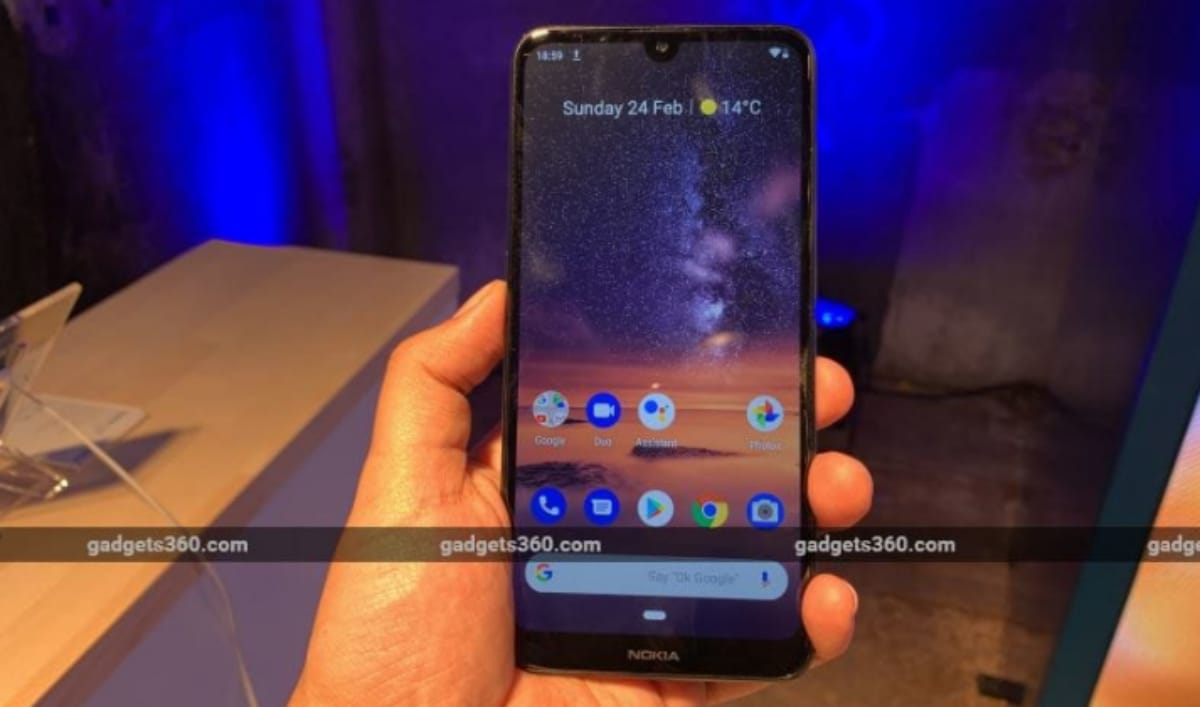 Nokia 3.2 phone was launched at MWC 2019, and now the phone is set to arrive in India soon. The phone is now being teased in India with the hashtag #ViewMoreDoMore on Twitter. The phone was spotted earlier on the company website, and now that it is being teased the launch seems imminent. HMD Global recently launched the Nokia 4.2 smartphone in India as well. The new Nokia smartphone comes with two interesting additions that have not been traditionally present in the company's phones – a dedicated Google Assistant button and a notification light in the power button.

HMD Global has started teasing the arrival of a new phone on the Nokia Mobile India Twitter handle. The phone is teased to sport a large display and a bigger battery, and it is largely expected to be the Nokia 3.2. The phone was launched at MWC 2019, and it features a large 6.26-inch display and a 4,000mAh battery. The Nokia 4.2, which was launched alongside Nokia 3.2 at MWC, was made available in India earlier this month, and now the company should look to make the Nokia 3.2 available too.

The Nokia 3.2 sports a 6.26-inch HD+ (720x1520 pixels) resolution and 19:9 aspect ratio in polycarbonate chassis. The phone is powered by quad-core Qualcomm Snapdragon 429 SoC and packs 2GB or 3GB of RAM depending on the variant. Additionally, HMD Global included 16 or 32GB of inbuilt storage, once again depending on the variant, expandable via microSD card (up to 400GB) on the Nokia 3.2. In terms of the imaging capabilities, the smartphone comes with single 13-megapixel sensor with an f/2.2 autofocus lens on the back and a 5-megapixel fixed-focus selfie shooter on the front with an f/2.2 lens.

There is 4,000mAh battery on board, which the company claims can last up to two days. The Nokia 3.2 also includes a 3.5mm audio jack and a Micro-USB port. The 32GB variant of the Nokia 3.2 also sports a fingerprint sensor, which is missing in the 16GB version.