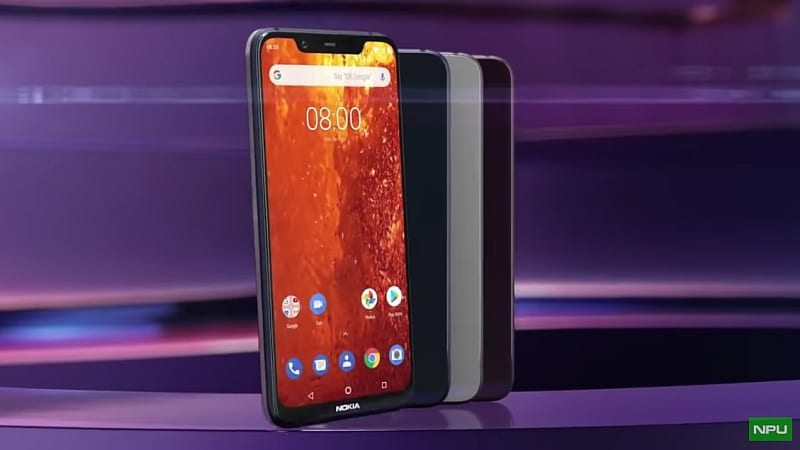 Nokia 8.1 seen with display notch in the leaked promo video

Nokia 3.1 Plus and Nokia 5.1 Plus appear set to be unveiled for European markets, alongside the anticipated Nokia 8.1, at HMD Global's Dubai event on Wednesday. To recall, the smartphones were unveiled in India earlier this year, and now, a Dutch retailer has listed them with price ahead of the Dubai launch event - tipping that they will make their European debut. Separately, the Nokia 8.1 has been spotted in a promo video leak, and if it is accurate, it appears that the smartphone is indeed the global variant of the Nokia X7 - though it seems to have a slightly larger display notch.

Now, we can move on to the Nokia 8.1 leaked promo video. Shared by NokiaPowerUser, the video leak shows it will feature a PureDisplay with HDR10 support - just like the Nokia X7 - as well as a Zeiss branded dual rear camera setup. The company in the leaked video is also touting improved low-light photography, AI portrait shots, and bokeh functionality. A fingerprint sensor is seen on the rear panel, below the vertically-aligned dual rear camera setup. You can check out the video below:

Separately, the report adds that the Nokia 8.1's colour variants will include Blue Silver, Iron Steel, and Steel Copper. The China launch of the Nokia X7 - back in October - had seen slightly different colour options unveiled.

Xiaomi Redmi 6A, Mi A2 and Redmi Y2 Price Cuts During ‘I Love Mi’ Amazon Sale This Week
Netflix Pays a Cool 100 Million Dollars to Keep Streaming 'Friends' for Another Year