Nokia 2 Press Renders Leak, May Be Launched on October 5 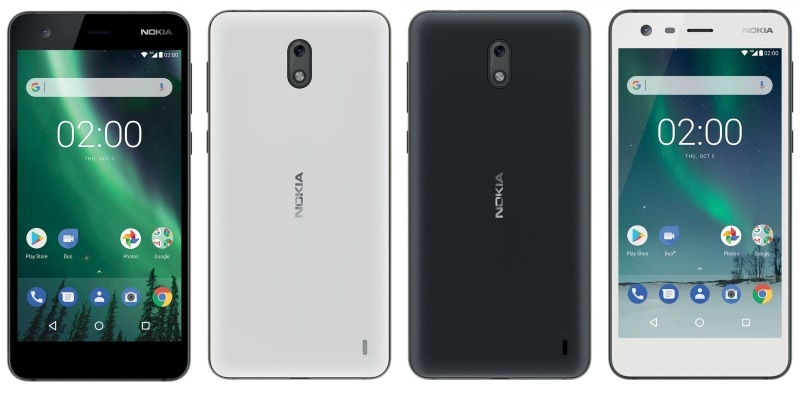 Earlier this week, HMD Global's much anticipated budget smartphone Nokia 2 was reported to bear a 4000mAh battery inside - the biggest amongst the Nokia branded smartphones launched so far. Now, leaked press renders of Nokia 2 have appeared, revealing a head-to-toe look of the smartphone, thanks to the popular tipster Evan Blass aka @evleaks. The renders also reveal that the Nokia 2 is going to have at least two colour variants - Black and White.

Blass on Twitter shared the image renders of Nokia 2 in two colours. The Nokia 2 can be seen having navigation buttons rendered on the screen instead of physical ones, one camera each on front and rear ends, wherein the rear camera will be placed inside the familiar circular island with an LED flash. There is no fingerprint scanner on the smartphone though, cementing its status as an entry-level smartphone. A speaker grille can be seen at the right side on the back, with the Nokia branding above in the centre. The Nokia 2 appears to be running stock Android as well, and the version could be Oreo, as per the recently spotted US FCC documents.

While all of the above mentioned things are clearly visible in plain view, there's also one detail that could possibly suggest the launch date of Nokia 2. The time and date on the Nokia 2's display suggest that the smartphone could be launched on October 5. However, this timeline is not official and should be taken with a grain of salt.