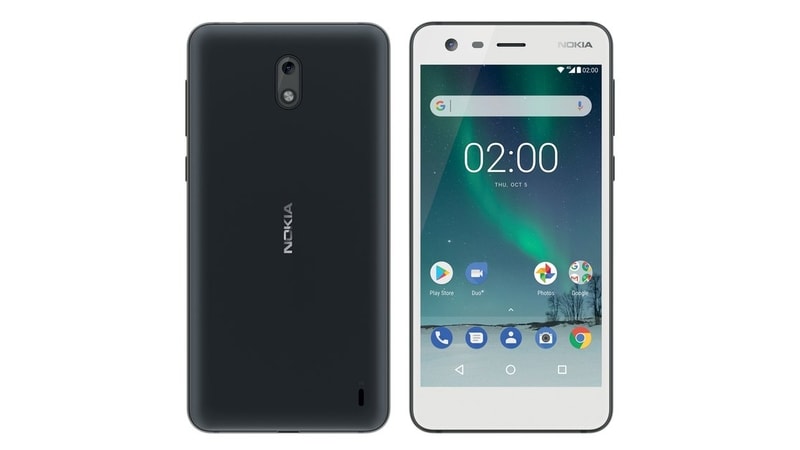 Nokia 2 India launch is highly anticipated as HMD Global readies to host an event in Gurugram to herald its next phone in the country. The company last week sent invites for a launch event on Tuesday, where it would "unveil the next milestone for Nokia phones." While the already launched Nokia 7, which has yet to make its way to India, is the obvious bet for Tuesday's launch, word about the Nokia 2 launch have been swirling in the rumour mill also. The Nokia 2 has been anticipated for a while, and was recently spotted on the Bluetooth SIG certification site as well a leaked AnTuTu benchmark, revealing some of its specifications.

The HMD Global launch event kicks off at 12pm IST, so stay tuned for updates from the event. The company will be live streaming the event on its Facebook page.

The Nokia 2 listing reveals that the smartphone has a HD (720x1280 pixels) resolution display that would come in 5-inch size. Further, it reveals the presence of Qualcomm's Snapdragon 212 SoC on the new Nokia handset. The SoC is the successor to the Snapdragon 210 and is designed as an entry-level offering with four cores of ARM Cortex-A7 CPU at a maximum clock speed of 1.3GHz. Moreover, all this is an upgrade to what was reported regarding the Nokia 2 until now.

Apart from the quad-core processor, the Snapdragon 212 SoC has Adreno 304 GPU and is accompanied by 1GB of RAM on the Nokia 2. The smartphone also appears to have 8GB of inbuilt storage and run on Android 7.1.1 Nougat. Besides, the upcoming Nokia smartphone is listed with 5-megapixel and 8-megapixel camera sensors that are likely to be available on its front and back, respectively.

The Nokia 7 on the other hand, comes with flagship-like features at roughly half the price of Nokia 8. Among the highlights of the handset are the 7000 series aluminium body and Corning Gorilla Glass on the back panel. In fact, the Nokia 7 rear panel uses 3D glass thermoforming technology for casting and features with rounded corners.

The Nokia 7 also sports an f/1.8 aperture lens and comes with 'bothie' camera mode. It also comes with heavily marketed feature, the "Dual-Sight mode" which uses both front and rear cameras simultaneously. The handset also supports live video streaming to Facebook and YouTube from the built-in camera.