Nokia 2 Spotted in US FCC Documents With Massive 4000mAh Battery 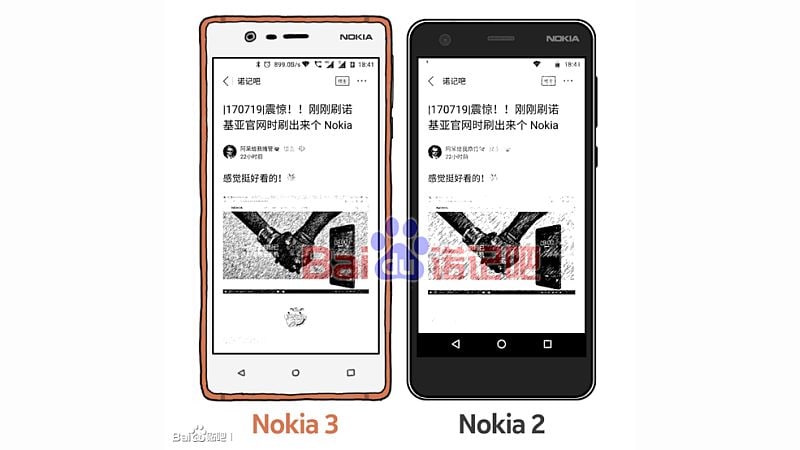 HMD Global stepped into the smartphone business with its Nokia-branded phones only this year, and it has already launched four smartphones, and, is reportedly working on two more. While we saw recent reports about the top-end Nokia 9, we now have more details on the second device - Nokia 2 - which can be expected to be a budget smartphone. The Nokia 2 is now reported to pack a huge 4000mAh battery - the largest in latest Nokia-branded smartphones launched so far - as per its purported listing on the US FCC site.

The Nokia 2 was last in news when it appeared on the Geekbench benchmarking website, where many of its specifications were revealed. It first surfaced on the Internet in July this year, where it stood beside Nokia 3 in a leaked image. Now, according to a purported Nokia 2 listing on the US FCC, spotted by Roland Quandt, the Nokia 2 will bear a 4000mAh battery. By far, this is the biggest battery capacity we've seen in an HMD Global Nokia-branded smartphone. Since Nokia 2 is going to be a budget smartphone, its battery can be expected to last quite some time on a single charge.

The low-tier specifications that were previously reported include a 1.27GHz Qualcomm Snapdragon 210 SoC paired with 1GB of RAM. The smartphone was expected to run on Android 7.1.1 Nougat, with HMD Global's promise for faster Android updates on entire Nokia devices including this one. There will be a 5-inch HD (720x1280) display. Besides this, there are no further details available as of now, but on the pricing front it may cost less than its big sibling Nokia 3, which is available for Rs. 9,499 in India.

Lenovo Launches Four New Tablets in Its Tab 4 Series in India: Price, Specifications
Does PES 2018 on PC Score Against FIFA 18?