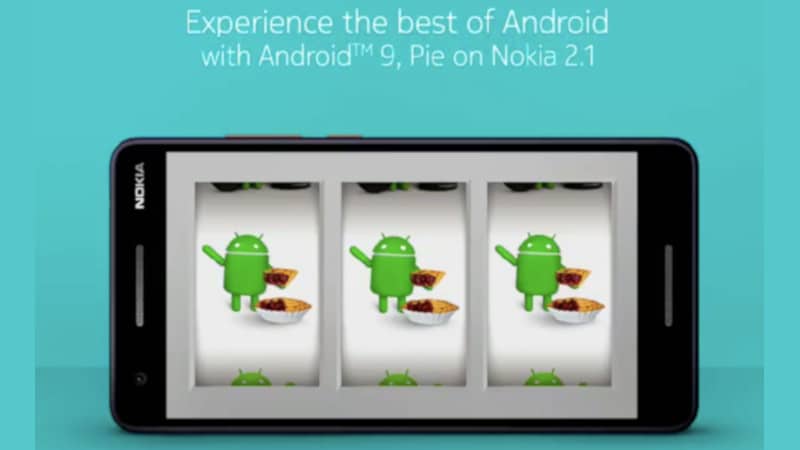 Nokia 2.1 was introduced by HMD Global with Android Oreo (Go edition) on board

Nokia 2.1, a budget smartphone in the new lineup Nokia brand of smartphones, is getting its Android 9 Pie update. HMD Global, the Nokia brand licensee, has released the Android Pie update for its Android Go edition phone Nokia 2.1, revealed the company's chief product officer (CPO) on Twitter. Now available over-the-air (OTA), the software update appears to make the Nokia 2.1 the first Android Go smartphone to get the Android Pie update. The update specifics, like the size and official changelog, are unavailable at this point. Nokia 2.1 was originally introduced in May 2018 and reached India in August. It is expected that HMD Global has released the Android Pie (Go edition) for Nokia 2.1.

HMD Global CPO Juho Sarvikas tweeted the arrival of the Pie update for the Nokia 2.1 earlier today. Although his tweet doesn't provide any specifics, including whether the update actually brings Android Pie (Go edition) to the phone, it is very likely that the Nokia 2.1 owners can expect to the latest Go edition software on their smartphone. As the updates are rolled out in batches, the Android 9 Pie will take a few days to reach all Nokia 2.1 owners. If you don't want to wait for the update notification, you can head over the Settings > About Phone > System updates.

Although the official changelog is not available at this point, we do know that Android Pie (Go edition) brings faster boot times, top-of-the-line security features, and a dashboard for tracking and monitoring data consumption. Android Pie (Go edition) also frees up to 500MB of space, earlier used by the system, on the Android Go devices. You can expect to see all these features on your Nokia 2.1 after the update.