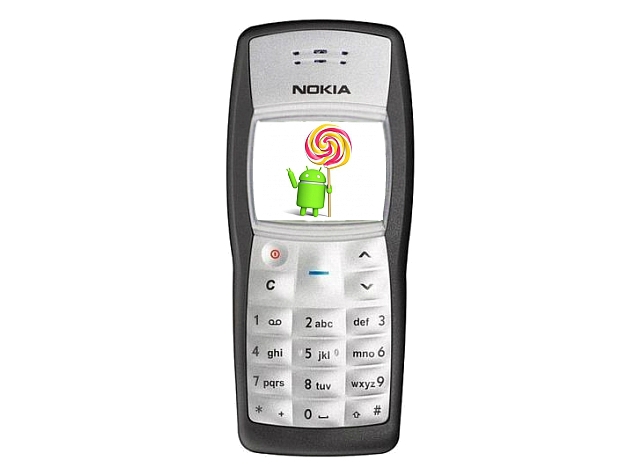 One of Nokia's most popular feature phones, the Nokia 1100, is once again in the news. A handset with that model number was spotted running Google's latest Android build and powered by a quad-core processor under the hood.

Nokia's legendary phone has been spotted at a benchmark listing tipping details of the innards. First spotted by Nokia Power User, the Nokia 1100's Geekbench browser benchmark results show the handset running Android 5.0 Lollipop while including a quad-core MediaTek (MT6582) processor. The listed Nokia 1100 handset is seen featuring 512MB of RAM. Apart from the Android version, processor, and memory, there are no details about other specifications.

With the form factor of the original Nokia 1100, we find it hard to believe the Finnish company might be testing running any version of Android on it, forget Lollipop. It is more likely an in-development smartphone that the company is using the same model number for. Of course, the spotted Nokia 1100 with Android is unlikely to debut before Q4 2016, as the terms of Microsoft's acquisition of Nokia's Devices and Services business stipulate Nokia can no longer use its brand on smartphones till Q4 2016, and on feature phones for 10 years.

Last year, Nokia neatly bypassed the restrictions imposed by the Microsoft deal and launched the Nokia N1 tablet. The company called it the "first Nokia-branded Android tablet" and was initially launched in China in Q1 2015 with a brand-licensing agreement extending to an OEM partner (Foxconn) that would manufacture, distribute, and sell it.