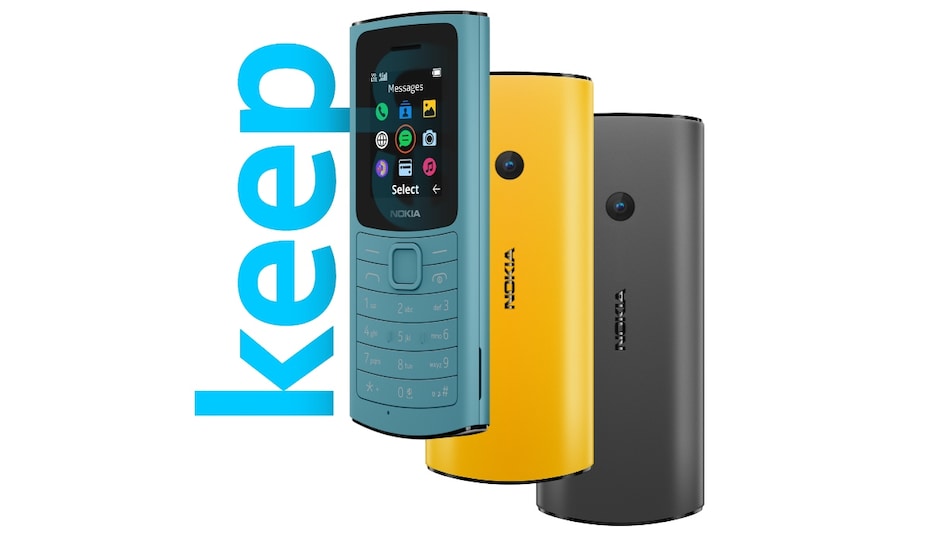 The Nokia.com site has listed Nokia 110 4G in Aqua, Black, and Yellow colour options and Nokia 105 4G in Black, Blue, and Red shades. However, the pricing and availability of the new phones are yet to be revealed.

Both Nokia 110 4G and Nokia 105 4G come with dual-SIM (Nano) support and run on Series 30+ operating system. The phones also feature 1.8-inch QQVGA (120x160 pixels) displays and are powered by Unisoc T107 SoC, along with 128MB of RAM and 48MB of onboard storage. Nokia 110 4G also comes with a camera sensor on the back and includes an MP3 player. It also carries a microSD card slot for expanding the inbuilt storage by up to 32GB.

Nokia 110 4G and Nokia 105 4G both come with FM radio with wired and wireless mode. The latter means you can access FM radio without connecting your headphones. Further, the phones have a 3-in-1 speaker and come with a 3.5mm headphone jack. There is also a Micro-USB port.

Other features on both new Nokia feature phones include an LED torch, preloaded games and an English dictionary. The phones also have an Internet browser.

For elderly customer base, Nokia 110 4G and Nokia 105 4G both have a Readout Assist feature that works as a text-to-speech engine to read on-screen menus out loud. There are also zoomed-in menus for easy reading.

JioFiber Postpaid Plans to Launch Soon With No Installation or Security Deposit Charges Starting at Rs. 399