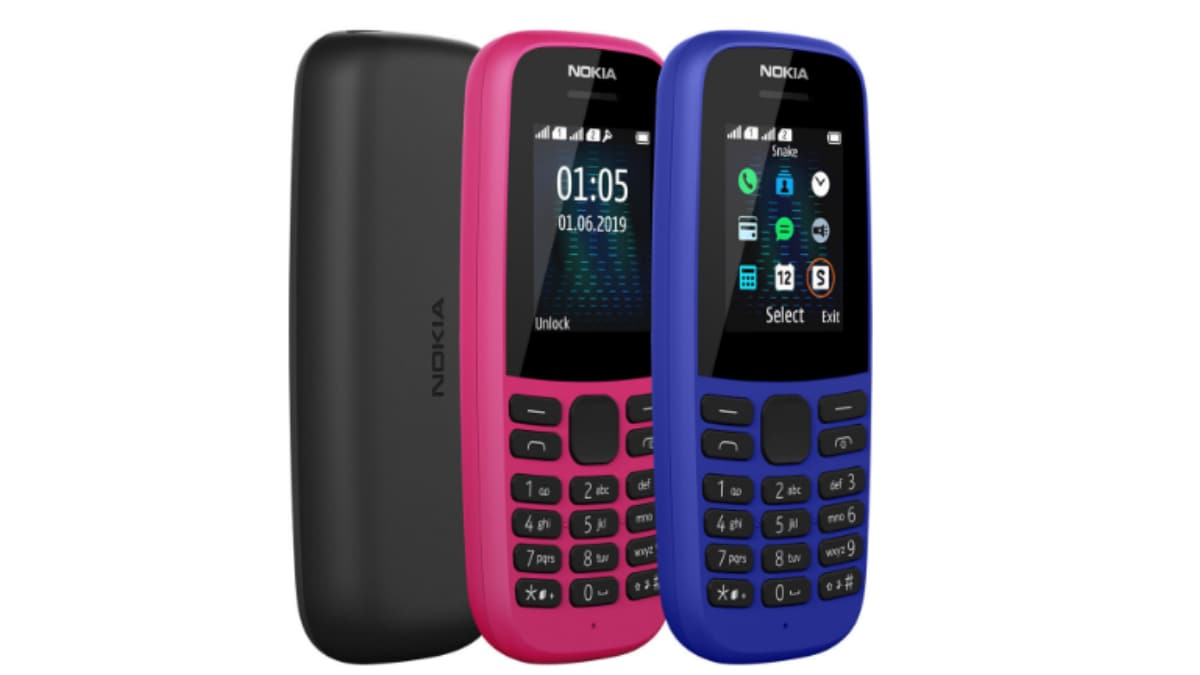 Nokia 105 (2019) was launched in India on Tuesday, and the feature phone brings a long-lasting battery and a 1.77-inch colour screen display. The new variant is a revamp of the Nokia 105 launched in 2013. It was first unveiled in July and has now been launched in the Indian market. The phone offers an island keymat dial pad, the classic Snake game, and a coloured polycarbonate body. The Nokia 105 (2019) comes with up to 2,000 contact and 500 SMS storage space.

Nokia 105 (2019) is priced in India at Rs. 1,199 and will go on sale from today. The phone will be available in Blue, Pink, and Black colour options, and will be available on the Nokia online store, and top retail outlets across India.

The LED torchlight feature can be switched on and off by simply pressing the up key twice. Nokia 105 also comes with six try and buy preloaded Gameloft games including Tetris, Sky Gift, Airstrike, Nitro Racing, Ninja UP! and Danger Dash.

Juho Sarvikas, Chief Product Officer, HMD Global, said in a statement, “The Nokia 105 has sold in tens of millions across the globe proving its popularity and timeless quality as a legendary phone. This is the fourth generation in a line of feature phones designed for those who want to embrace mobility. We wanted to build on the winning formula of one of our most popular feature phones globally and bring the same quality and even better functionality, with a focus on first-time mobile users. We've used a familiar design, with modern contours and we've packed the phone with a long-lasting battery, so you can be on a call for hours at a time.”