Nine out of 10 suffering from 'nomophobia', fear of having no mobile phone 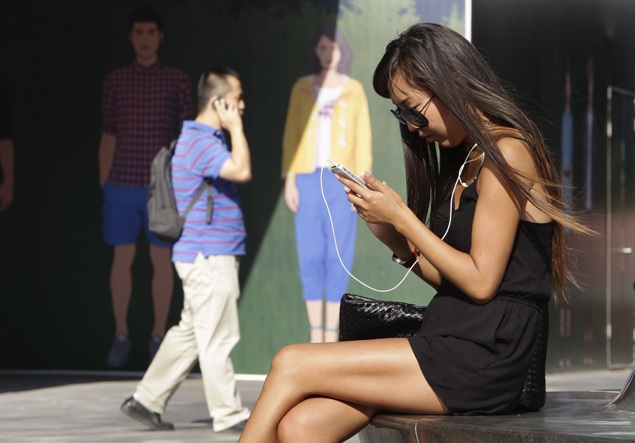 Nine out of every 10 people aged under 30 admit to suffering the new age phenomenon of "nomophobia", the fear of having no mobile phone, a survey says.

Telecom giant Cisco, in a survey conducted on 3800 people in Australia, found nine out of 10 in the group aged under 30 were addicted to their smartphones and became anxious when their phone went missing, the 'Courier Mail' reported.

"It's happening subconsciously, and one out of five people are texting while they're driving," Cisco chief technology officer Kevin Bloch said yesterday. "It just speaks to these addictive, compulsive, behaviours that we're seeing."

"For many under-30s, the smartphone has become an extension of themselves, from the moment they wake up until the second they fall asleep," said Bloch.

"This love affair with the smartphone is both enabling and crippling at the same time," Dr Michael Carr-Gregg, official adviser to the Queensland Government on computer safety, was quoted by the daily as saying.

He added that these people check for texts, emails and social media at least once every 10 minutes. That's checking the phone 96 times a day, assuming eight hours' sleep.
Comments