Nexus 5 to ship at the end of October: Report 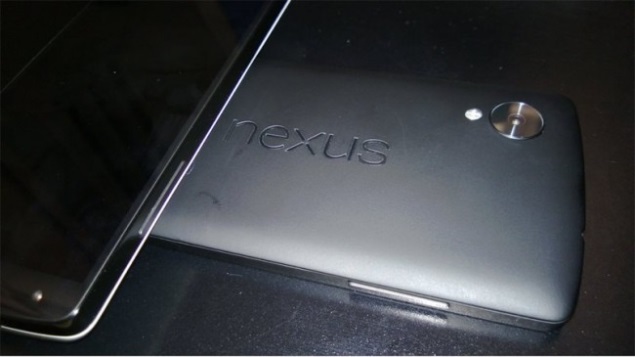 A new report reveals that the much-anticipated successor to the Nexus 4 will be unveiled next month. If true, the report would confirm some of the previous rumours on the launch.

TechRadar has cited some sources and claimed that the alleged Nexus 5 would be introduced in October while the device would ship in the last week of October.

The report also claims that the rumoured Nexus 5 will come at half the price of the Apple iPhone 5s. The report further speculates the price of Nexus 4 successor to be around $446. However, the site clearly mentions that the source revealed the UK pricing and availability only, though global release of the device is still expected to be around the same time. The report also hints that the alleged Nexus 5 will match the performance of iPhone 5s, however, it did not give details about the specifications. Google's Nexus smartphones have been facing tough competition from Samsung, HTC, and Sony's Android smartphone offerings, which are available across a wider price point.

Meanwhile, we have heard a lot about Google's Nexus smartphone that is believed to be made by LG for quite some time now. For the past couple of weeks the confirmation of the much anticipated Nexus 5 has gotten closer with leaked clear images and log files revealing specifications.

Recently, rumoured Nexus 5 was leaked in the clearest alleged image yet, that showed the rear panel of the device housing a large camera sensor at the back.

Prior to this, an alleged Android 4.4 KitKat log file leaked, supposedly revealing tge specifications of the next Nexus smartphone, once again said to be named the Nexus 5.

The leaked log file revealed some of the specifications which included a 5-inch display (precisely 4.97-inch) with full-HD resolution and boasting a pixel density of 442ppi. The device is likely to be powered by a quad-core Snapdragon 800 processor along with 2GB of RAM and 16GB of inbuilt storage. For camera, the device is expected to sport an 8-megapixel rear camera while there is a 1.2-megapixel front-facing camera. Further, the device is said to support Bluetooth 4.0, NFC, Wi-Fi a/b/g/n/ac, GPS and also support wireless charging.