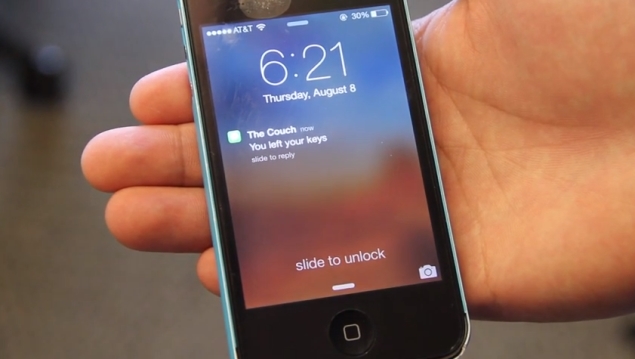 Internet-of-things! Researchers, led by an Indian-origin scientist, have developed a new technology that lets wireless devices communicate with each other without relying on batteries or wires for power.

The new communication technique, called "ambient backscatter," takes advantage of the TV and cellular transmissions that already surround us around the clock.

Two devices communicate with each other by reflecting the existing signals to exchange information. The researchers built small, battery-free devices with antennas that can detect, harness and reflect a TV signal, which then is pickedup by other similar devices.

The technology could enable a network of devices and sensors to communicate with no power source or human attention needed.

"We can re-purpose wireless signals that are already around us into both a source of power and a communication medium," said lead researcher Shyam Gollakota, from the University of Washington.

"It's hopefully going to have applications in a number of areas including wearable computing, smart homes and self-sustaining sensor networks," said Gollakota.

"Our devices form a network out of thin air. You can reflect these signals slightly to create a Morse code of communication between battery-free devices," said co-author Joshua Smith.

The technology can also be used for communication - text messages and emails, for example - in wearable devices, without requiring battery consumption.

The researchers tested the ambient backscatter technique with credit card-sized prototype devices placed within several feet of each other.

For each device the researchers built antennas into ordinary circuit boards that flash an LED light when receiving a communication signal from another device.

Groups of the devices were tested in a variety of settings, including inside an apartment building, on a street corner and on the top level of a parking garage.

They found that the devices were able to communicate with each other, even the ones farthest from a TV tower. The receiving devices picked up a signal from their transmitting counterparts at a rate of 1 kilobit per second when up to 2.5 feet apart outdoors and 1.5 feet apart indoors.

This is enough to send information such as a sensor reading, text messages and contact information.

It is also feasible to build this technology into devices that do rely on batteries, such as smartphones. It could be configured so that when the battery dies, the phone could still send text messages by leveraging power from an ambient TV signal.