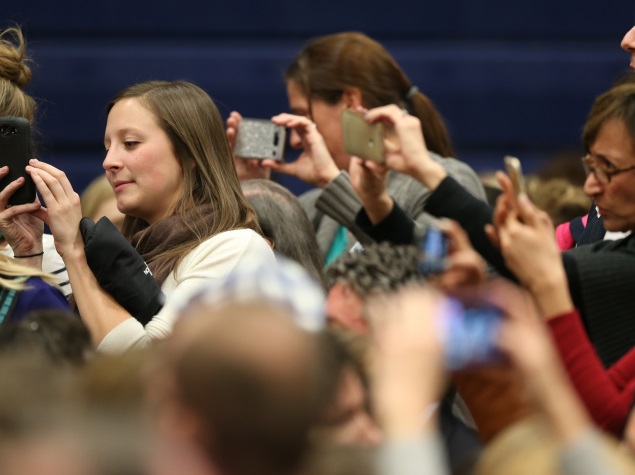 Researchers from the University of Houston have created an optical lens that can be placed on smartphone to magnify images and provide schools and clinics a low-cost alternative to the conventional microscopes.

"The lens attaches directly to a smartphone camera lens without the use of any additional device. It makes it ideal for use with younger students in the classroom," said Wei-Chuan Shih, assistant professor of electrical and computer engineering.

For the study, researchers captured images of a human skin-hair follicle histological slide with both the smartphone-PDMS system and an Olympus IX-70 microscope.

The lens is made of polydimethylsiloxane (PDMS), a polymer with the consistency of honey, dropped precisely on a preheated surface to cure.

Lens curvature and magnification depends on how long and at what temperature the PDMS is heated.

The resulting lenses are flexible, similar to a soft contact lens, although they are thicker and slightly smaller.

"Our lens can transform a smartphone camera into a microscope by simply attaching the lens without any supporting attachments or mechanism," the researchers wrote.

The strong, yet non-permanent adhesion between PDMS and glass allows the lens to be easily detached after use.

It could also have clinical applications, allowing small or isolated clinics to share images with specialists located elsewhere.

For now, researchers are producing the lenses by hand, using a hand-built device that functions similarly to an inkjet printer.

But producing the lenses in bulk will require funding.

The team has launched a crowdfunding campaign through Indiegogo, hoping to raise $12,000 for the equipment.

The paper was published in the Journal of Biomedical Optics.