New Emojis to Start Rolling Out to Nexus Devices Next Week 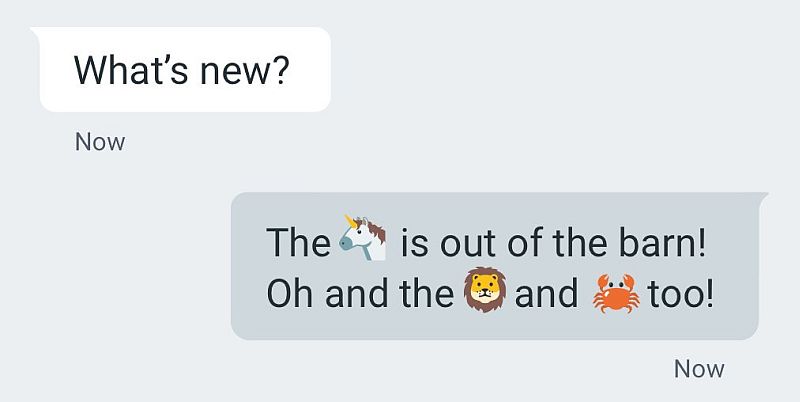 Android is all set to receive new range of emojis from Unicode 7 and Unicode 8, which already debuted on Apple's mobile operating system with the iOS 9.1 update. The company has confirmed that the Nexus range will be the first devices to add support for the new emojis.

Considering that new emoji support will require new keyboard as well as new fonts and codes, we can expect that Google will release a system upgrade for these devices.

Hiroshi Lockheimer, the Senior Vice President of Android, Chrome OS, and Chromecast, confirmed the news on Twitter. "New emoji coming to Nexus next week," he posted on Twitter. Lockheimer later revealed that new fonts and other details have been shared with OEMs to include in the future updates. To recall, the new emojis were teased by Google back in October. The tweet was also accompanied by an image showing some of the new emojis such as a lion, a crab, and a unicorn, tipping these will be the part of the pack.

Considering Android and iOS right now support different Unicode emoji versions, the emojis sent by Apple device users who updated to iOS 9.1 were not visible on Android. The emojis that were not supported by Android platform showed up as small boxes with a question mark inside them.

To recall, Apple released iOS 9.1 update for eligible iOS devices back in October adding over 150 new emoji characters with full support for Unicode 7.0 and 8.0 emojis.