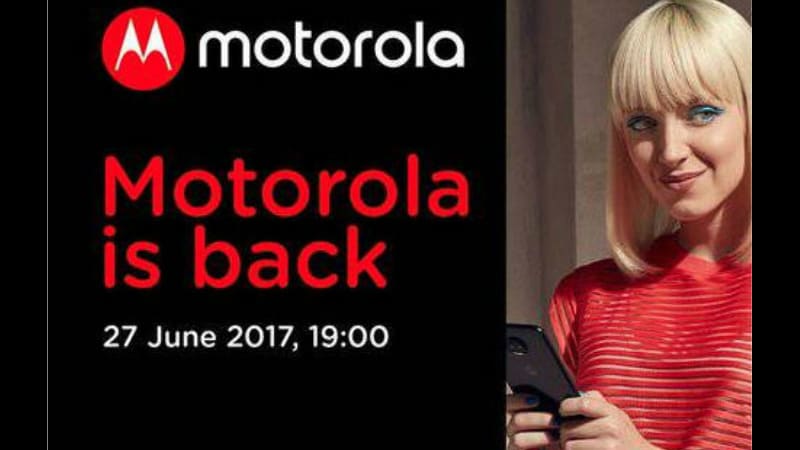 Motorola is on a roll this month. After announcing the Moto Z2 Play, Moto E4, and Moto E4 Plus smartphones this month, it is now gearing up to launch yet another smartphone. Motorola is now sending out launch invites for an event on June 27, where it could unveil the Moto Z2 or Moto Z2 Force.

MobileXpose has published the invite, and it has an image of a girl holding a smartphone that looks a lot like the smartphones in the new ‘Z’ line-up. So one can expect successor to the Moto Z, since the Moto Z2 Play has already been launched. Of course the phone could also be the Moto Z2 Force, which is also rumoured to be in the launch pipeline.

According to past leaks, the Moto Z2 is expected to be powered by an octa-core Snapdragon 835 SoC, will run Android 7.1.1 Nougat and is tipped to pack 4GB of RAM. The GeekBench 4 scores of Moto Z2 leaked in the past are also reportedly at par with the Samsung Galaxy S8.

According to render leaks, the Moto Z2 is expected to come with a dual-LED flash support and a home button with fingerprint scanner embedded at the front of the smartphone. Notably, Moto Z2 seems to share some of its design elements with the Moto Z2 Play smartphone, such as the front flash and oval home button. Unfortunately, that’s all that we know about the Moto Z2 smartphone and we have to wait for the official announcement by the company to get more details.