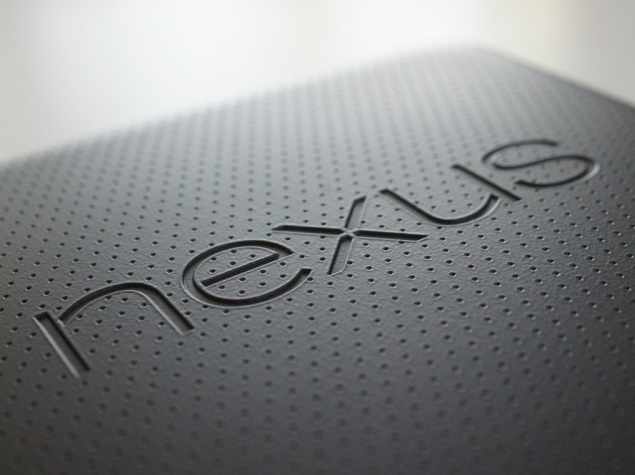 There have been several rumours around the next Nexus smartphone, including reports of Google dumping its Nexus programme in favour of a Project Silver (Android Silver), and then the Head of Android Engineering and Nexus Program refuting the claim.

LG, the company who has manufactured Nexus smartphones (Nexus 4 and Nexus 5) for two consecutive years, in the meanwhile revealed it is not working on the Nexus 6.

Now, a new report claims that the next iteration of the Nexus phone will be unveiled later this year, with Motorola is working on the device. The rumour comes from Google's issue tracker, first spotted by Android Police, which shows the 'Shamu' reference for a device.

The report notes that the next Nexus smartphone is set for a November release and will head to major mobile carriers in the US along with other regions. The report claims that the rumoured 'Shamu' will sport a 5.9-inch display and will come with fingerprint sensor.

Further, Android Police after some digging found that the user who filed the bug with 'Shamu' reference in the Google issue tracker was a company named, Spirent Communications, a company that tests devices for errors.