Motorola reportedly working on Nexus 4 successor, to be launched in Q4 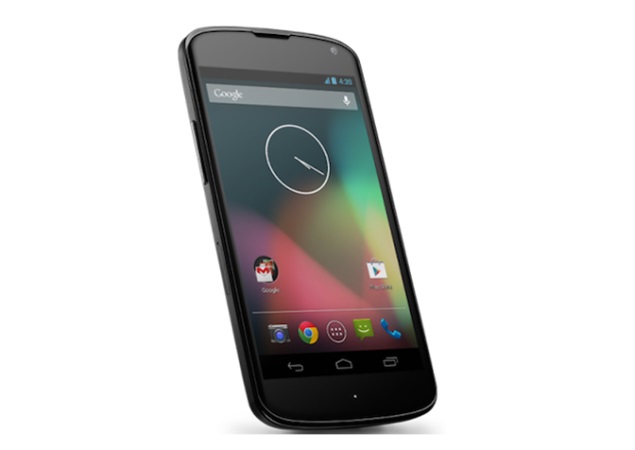 While there have been several rumours around possible Nexus 4 successors, including reports of LG coming on board again and then the company refuting the claim, it's not clear as to who'd be chosen by Google to build the next Nexus device.

However, now a new rumour claims that the next iteration of the Nexus phone, will be unveiled later this year and Google owned Motorola will be working on the device. The rumour comes from Taylor Wimberly, a technology journalist.

Taylor writes on his Google+ page that, "Motorola will release a Nexus smartphone in Q4 (that is not the Moto X)." The post does not include any other details about the upcoming Nexus smartphone but it is enough to excite the technology community.

Wimberly first gave a tip about the Moto X before it was officially unveiled. He also had some inside scoop on Google's much hyped Moto X smartphone and most of his tips ended up to be accurate.

With Motorola being a Google owned company, it would make sense for the company to work on the next Nexus phone as sharing resources would be easy. Having said that, Google would also be careful about the signals that it's giving to other Android handset makers. In the past, it has maintained that Motorola would just be like any other OEM. So, we'd advise to take this rumour with a pitch of salt. It's also interesting to note that Google edition versions of the Samsung Galaxy S4 and the HTC One were unveiled recently. The Galaxy S4 was in fact unveiled the Google I/O, signalling that the Nexus devices are now less relevant, as these high-end devices also feature the stock android experience,

Meanwhile, IB Times lists some of the rumoured specifications of the Google Nexus 5 including a 5-inch Full HD screen display, an eight-core processor clocked at 2.3GHz paired with 3GB of LPDDR3 RAM. The device can be expected to sport a 13-megapixel rear camera and would be backed by a 3300mAh battery and the latest Android OS, which might be the Android Key Lime Pie. The handset is rumoured to be available in 16GB, 32GB and 64GB variants and will support 4G/LTE connectivity, which was not there in the Nexus 4.

However, nothing has been confirmed by the search engine giant, yet.

Previously, a forum had reported about LG's alleged next Nexus smartphone. It had said that the Nexus 5, the 5th smartphone in the series, was rumoured to make an entrance into the phablet category sporting a 5-inch full-HD (1920 x 1080) display translating into a pixel density of 440ppi. It had said that the phone would be powered by the all-new NVIDIA Tegra 4 processor with 2GB of RAM, 8/16GB of internal storage, a 13-megapixel auto-focus rear camera with LED flash and a 3-megapixel front-facing camera.

However, another website had quoted Kim Wong, Head of LG Europe, saying that the company had no plans to make the Nexus 5 phone. In June, Korean website Daum reported that the Korean mobile manufacturer could indeed be working on the Nexus 5 after all. The website reported that LG Mobile has already produced the prototype of the Nexus 5. The device is reportedly under testing and has already been shown to Google CEO Larry Page.

It is interesting to note that LG has sold around 3 million Nexus 4 devices till date. And as stated by Wong it was a marketing success for LG. Though he also said that LG does not need such a marketing boost again, most people have a contrary view. With manufacturers like Samsung and HTC gaining in the market, a Nexus device that would also enable early access for LG to the Android code, can actually give LG the required boost.

Tumblr had $16.6 million in cash when Yahoo acquired it - filing
36 million daily users of Internet in Britain