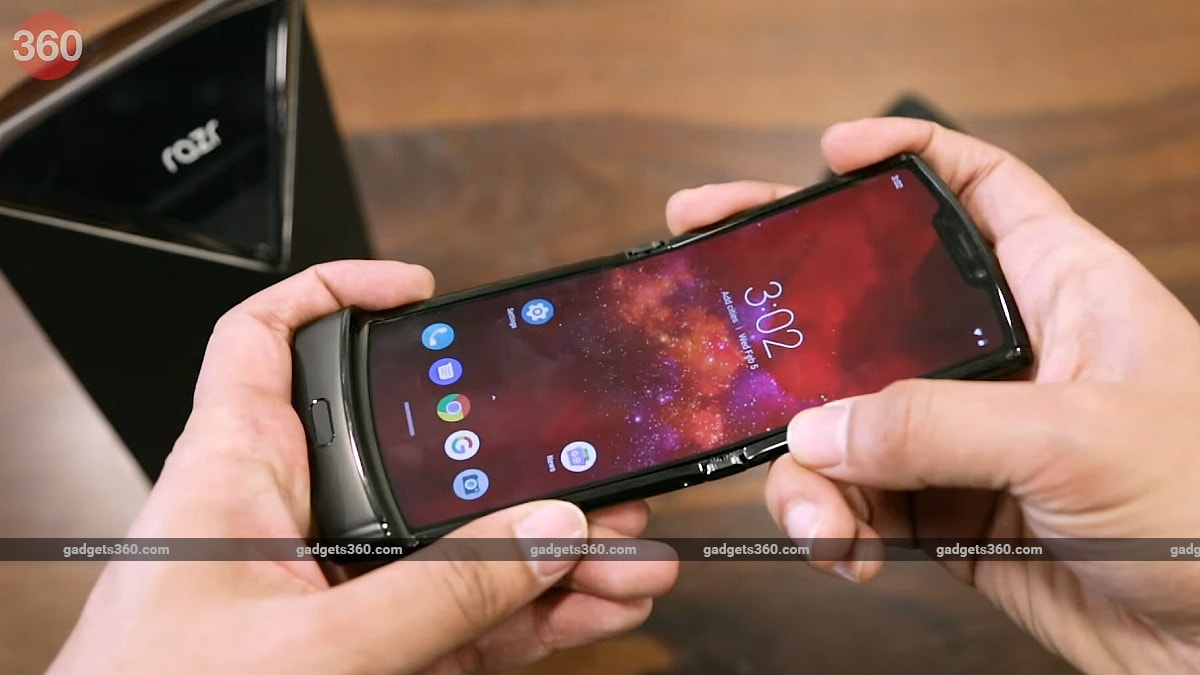 With the government of Indian extending the coronavirus lockdown to May 3, a lot of companies are forced to re-jig their sales and distribution plans. Motorola just announced that it's postponing its first sale date of the Razr (2019) smartphone, yet again, from April 15 to May 6. The company issued a statement to the press, officially confirming this move. The Razr (2019) foldable phone is a re-imagining of the classic Motorola Razr from back in the day.

Of course, May 6 is still a tentative date, considering the current state of the country and the rapid spread of the virus, there is a good chance that the government could be forced to extend this lockdown period even further, if the situation doesn't get any better. Motorola initially postponed the sale date to April 15, from the original sale date of April 2, for customers who had pre-ordered the Motorola Razr (2019).

To recall, Motorola launched the Razr (2019) on March 16 in India, at a price of Rs. 1,24,999 for the sole 6GB RAM and 128GB storage variant. This is the second foldable phone to be launched in India this year, following the Samsung Galaxy Z Flip.

The Android 9 Pie-running Motorola Razr (2019) has a 6.2-inch flexible OLED HD+ display with a 21:9 aspect ratio as the primary panel. However, the phone also has the secondary 2.7-inch Quick View panel on the top cover that allows users to capture selfies, view notifications, and control music playback - all without unfolding the phone. The phone is powered by a Qualcomm Snapdragon 710 SoC and features a 2,800mAh battery.

The Motorola Razr (2019) has 128GB of onboard storage that isn't expandable via microSD card. Connectivity options on the phone include 4G LTE, Wi-Fi 802.11ac, Bluetooth v5.0, GPS/ A-GPS, and USB Type-C. There is an optical fingerprint sensor on the chin. There's a single primary camera that houses a 16-megapixel sensor along with an f/1.7 aperture lens. The primary camera setup can be used to take selfies when the phone is in the folded state. The phone also has a separate selfie camera that's just above the main display and includes a 5-megapixel image sensor.