The pop-up selfie camera phone is said to come under the Motorola One branding. 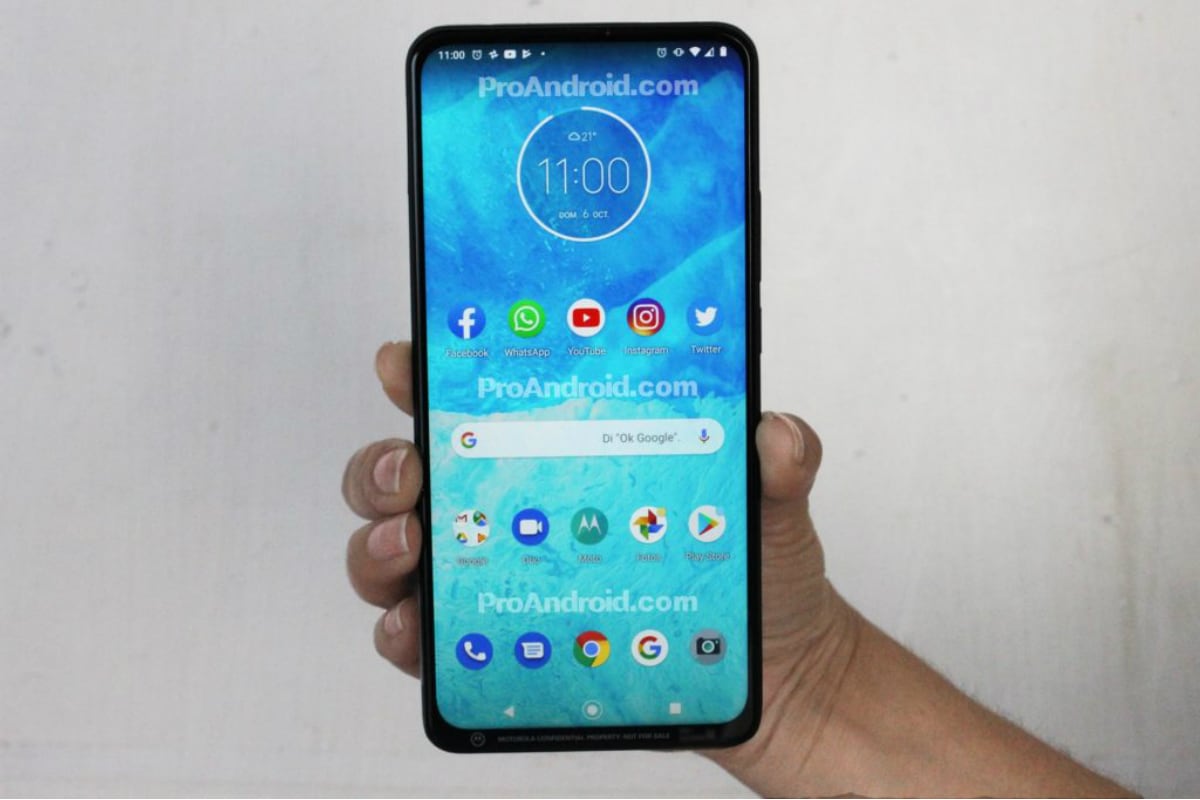 Motorola is apparently working on a smartphone with a pop-up selfie camera. After some initial images suggesting the development surfaced on the Web, key specifications of the Motorola phone sporting a pop-up selfie camera have been leaked. Images showing off the design of the new handset have also emerged online. The Motorola phone in question appears to come with a gradient finish and has a tradition fingerprint sensor at the back along with an LED-illuminated ring. The new offering is also said to flaunt a full-HD+ IPS display.

The Motorola phone with the pop-up selfie camera module will come under Motorola One series, as reported by Spanish blog ProAndroid. The handset is said to feature a 6.39-inch full-HD+ IPS LCD panel. There isn't any LED notification light at the front, though the phone would let users customise the LED-illuminated fingerprint sensor to light up for new call notifications and while charging.

Motorola is reported to have offered Android 10 on the new phone. There is also a Qualcomm Snapdragon 675 SoC, with 4GB of RAM and 128GB of onboard storage. Further, the phone is said to come with a microSD card for storage expansion.

The Motorola phone is also found to have a USB Type-C port as well as a 3.5mm headphone jack. Similarly, there is FM radio to entertain users while on-the-go.

Apart from reporting the specifications, the Spanish source has leaked some live images of the new Motorola phone. The handset looks identical to what we saw earlier this week. It sports the gradient finish and thin-bezel display. Moreover, there is the Motorola One branding at the back of the phone.

The official name of Motorola's pop-up selfie camera phone is yet to be revealed. But considering the available amount of information, it would soon be revealed formally.