The phone is tipped to be powered by the Snapdragon 675 SoC paired with 4GB RAM. 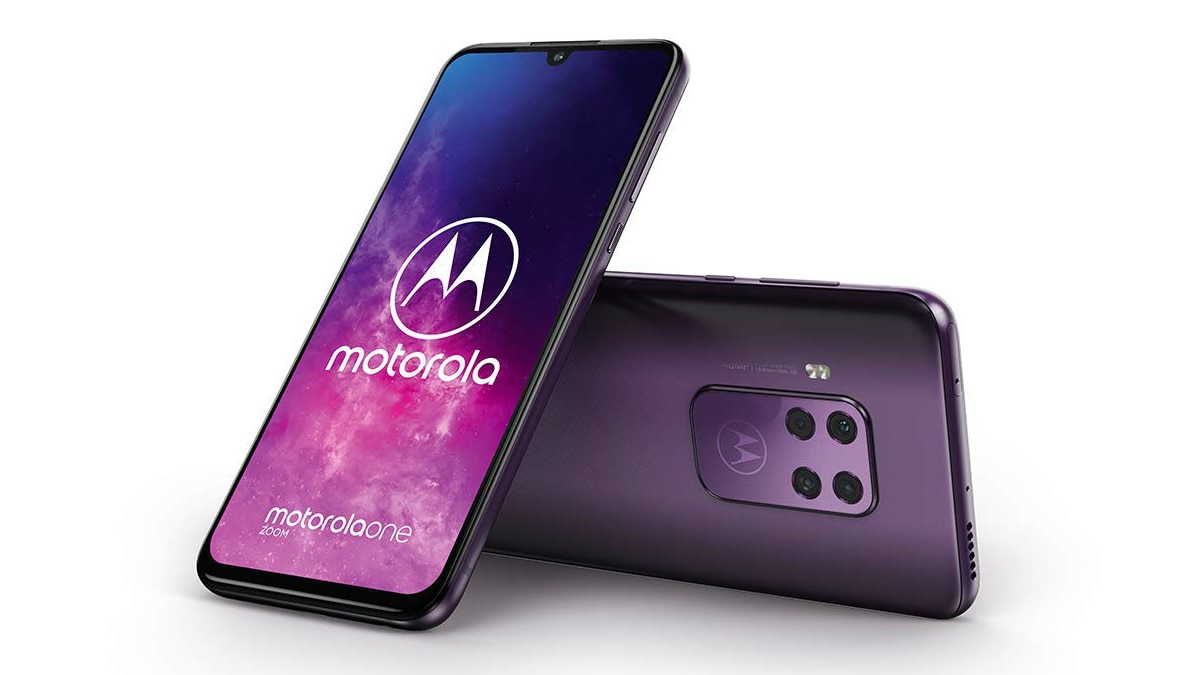 Motorola One Zoom has leaked once again in renders, and specifications have also been tipped. Perhaps, the biggest takeaway from this leak is that the Motorola One Zoom won't be an Android One device, and will come with Alexa pre-installed. Leaked specifications suggest that the phone will be powered by the Snapdragon 675 SoC, paired with 4GB of RAM. The phone is seen to sport a waterdrop-style notch on top of the display, a glossy back panel, and a quad camera setup at the back as well.

Tipster Roland Quandt has taken to Twitter to share a host of photos of the Motorola One Zoom. The phone has been leaked in two colour options this time – Purple and Black. The back panel seems to be glossy and reflective. The Motorola One Zoom has a waterdrop-style notch, reiterating past leaks, on top of the display, while all the other sides sport minimalistic bezels. The phone sports a quad camera setup with a Motorola batwing logo placed at the bottom. The tipster suggests that this logo lights up, giving the phone a nice distinction.

Quandt says that the phone isn't an Android One phone, and comes with Amazon Alexa pre-installed. This is a shift in tradition for Motorola as all of its phones in the One series have been a part of the Android One program. He also says that the Motorola One Zoom is not the One Pro, something that was rumoured to be the case a while earlier.

Coming to the specifications, Quandt says that the phone will be powered by the Snapdragon 675 SoC – just like the Redmi Note 7 Pro – paired with 4GB RAM. The phone will offer 128GB UFS storage and will be equipped with a microSD card slot for further memory expansion. As for camera, the phone will be equipped with a 48-megapixel rear sensor with dual optical image stabilisation (OIS) array on the rear. He has also tipped to price to be at EUR 399 (roughly Rs.31,600)

Early leaks tip that the quad camera setup will also be equipped with a wide-angle sensor, a telephoto lens that will offer 5x hybrid zoom, and a depth sensor for better portrait photography. As for expected specifications, the Motorola One Zoom smartphone is rumoured to sport a 6.2-inch full-HD+ Super AMOLED display with a waterdrop-style notch and a 21:9 aspect ratio. It is tipped to support 3.5mm audio jack, come with a USB Type-C port, pack a large battery, and sport an in-display fingerprint sensor. It is expected to launch after IFA 2019.