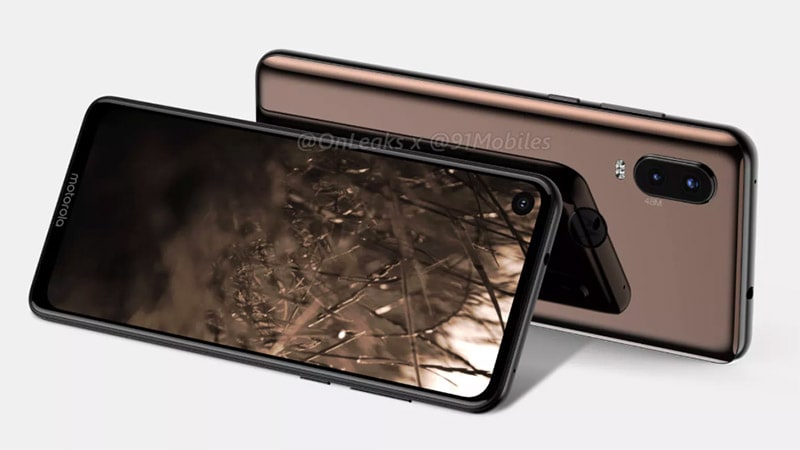 Leaked renders of the Motorola P40 suggested a 6.2-inch display on the new phone

Motorola One Vision specifications have surfaced online ahead of any formal confirmation. The leaked specifications show that the smartphone will sport a 48-megapixel primary sensor and come with a 21:9 display. The latest revelation also corroborates a previously spotted Geekbench listing and highlights the presence of a Samsung Exynos 9610 SoC. The Motorola One Vision is speculated to arrive as the Motorola P40 in China along with a Snapdragon 675 SoC. It is said to be in development with codename "Robusta2".

XDA Developers has leaked the specifications of the Motorola One Vision. The phone is said to feature a 21:9 display along with a full-HD+ (1080x2520 pixels) resolution. The actual display size hasn't been defined, though.

The given aspect ratio points to a tall display panel, similar to what we saw on the Sony Xperia 1 and Xperia 10 models last month. However, if we look at the previously leaked renders of the Motorola P40, the phone could have a 6.2-inch display.

Under the hood, the Motorola One Vision is said to have an Exynos 9610 SoC, coupled with 3GB and 4GB RAM options and 32GB, 64GB, and 128GB inbuilt storage options. This isn't likely to be similar to what's coming on the Motorola P40 since that handset was earlier said to come with a Snapdragon 675 SoC. Moreover, the availability of the Exynos 9610 SoC was spotted on a recent Geekbench listing.

Coming towards the optics, the Motorola One Vision is said to have a 48-megapixel primary sensor at the back. The phone is also reported to include features such as Video 3D HDR and Long Exposure. Furthermore, it is said to run Android Pie out-of-the-box. This means that being an Android One model, the phone would receive two major updates post-Android Pie, including Android Q and Android R.

The Motorola One Vision is also reported to include a 3,500mAh battery and come in Blue and Gold colour options. While it is expected to be sold in international markets, including Latin America, India, and Brazil with the Motorola One branding, the phone, as we mentioned, could come to China as the Motorola P40.

The mysterious Motorola phone is said to go on sale in various markets, including Asia Pacific, China, Eastern Europe, India, Latin America, and the Middle East.