Motorola One Vision price in India is expected to be around its euro price of EUR 299 (roughly Rs. 25,000). It was first launched globally last month. 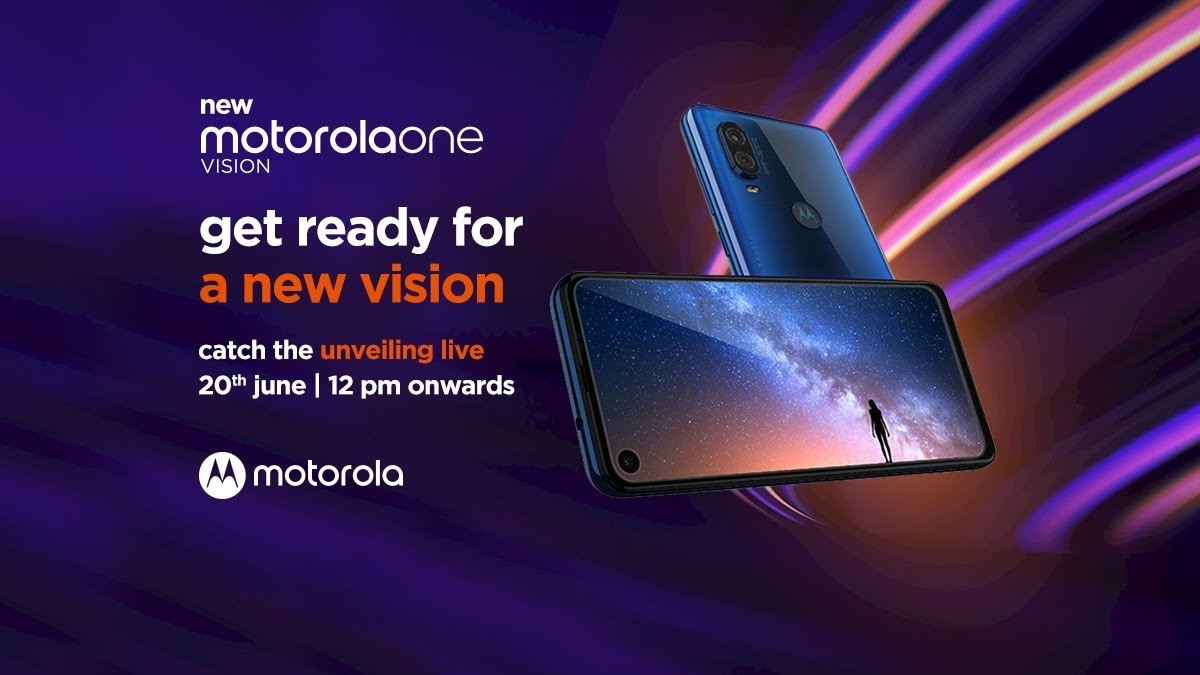 Motorola One Vision India launch is set for today, with an event in New Delhi scheduled to start at 12pm IST. To recall, the smartphone is the company's first with a hole-punch display cutout for the front camera. By using a cutout, Motorola has skipped the display notch, choosing to give the Motorola One Vision a 21:9 CinemaVision display instead. Another major highlight is its 48-megapixel sensor in its dual rear camera setup. The smartphone was first unveiled last month in Brazil, and has since gone on sale in several countries in the world. Gadgets 360 will have all the updates for you live from the launch event. Read on for more details about the Motorola One Vision India launch event timings, its expected price in India, and its specifications.

The Motorola One Vision India launch event will be live streamed on Flipkart as well as YouTube. The launch event start time has been set as 12pm (noon) IST. You can catch the live stream below. Do also stay tuned to Gadgets 360 for all the details from the Motorola One Vision India launch event, including the smartphone's price, release date, and specifications in the country. As we mentioned earlier, the Motorola One Vision was first unveiled globally last month, at an event in Brazil. The company has been teasing its launch in India for a few weeks now, and Flipkart has also confirmed that it would be hosting sales – though online exclusivity has yet to be confirmed.