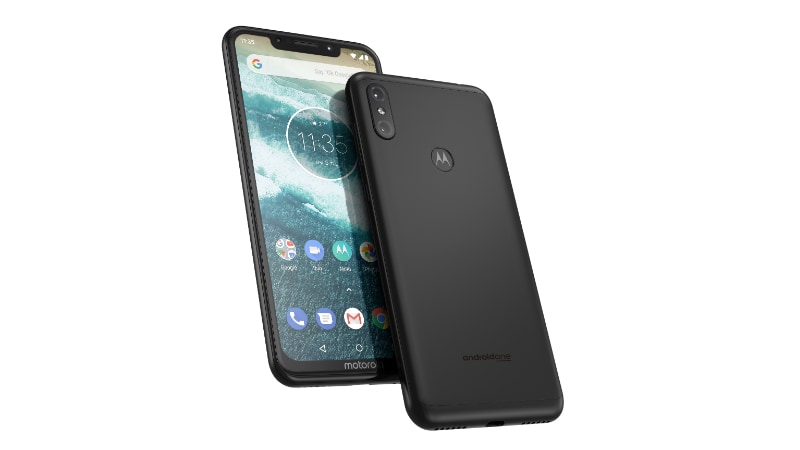 Motorola One Power price in India has been set as Rs. 15,999

The Motorola One Power smartphone with Snapdragon 636 has been launched in the Indian market to take on the popular Xiaomi Redmi Note 5 Pro. To be manufactured in India, the new Motorola One Power is powered by a 5,000mAh battery, has a display notch, and is part of the Android One programme, meaning it will get timely Android updates. The company - which will turn 90 years old tomorrow - has developed the smartphone in partnership with Google, it says. It also said it will enter segments such as Internet of Things, cloud, and Artificial Intelligence (AI). Taking a dig at Xiaomi's new Poco F1 - which does not support HD video streaming on platforms such as Netflix and Amazon Prime Video - Motorola said its new smartphone has the Widevine L1 licence to support HD video streaming.

Motorola One Power price in India

The Motorola One Power price in India has been set as Rs. 15,999 and the handset comes in only one configuration - 64GB internal storage and 4GB of RAM. The smartphone is a Flipkart exclusive, and registrations begin today on the e-commerce platform. It will go on sale starting October 5.

The Motorola One Power sport a 6.2-inch full-HD+ LCD Max Vision panel along with a 19:9 aspect ratio. It runs stock Android 8.1 Oreo software, upgradable to Android Pie. Under the hood, the handset has an octa-core Qualcomm Snapdragon 636 SoC, coupled with an Adreno 509 GPU and 4GB of RAM. There is a dual rear camera setup that includes a 16-megapixel primary sensor and a 5-megapixel secondary sensor, with support for 4K video recording. Further, the handset comes with a 12-megapixel sensor at the front.

Motorola has provided 64GB of internal storage that is expandable via microSD card (up to 256GB). The Motorola One Power also has 4G LTE, Wi-Fi 802.11ac, Bluetooth v5.0, GPS/ A-GPS, USB Type-C, and a 3.5mm headphone jack. Further, there is a rear-mounted fingerprint sensor. The smartphone packs a 5,000mAh battery that is rated to deliver six hours of usage in 15 minutes using the 15W TurboPower fast-charger.