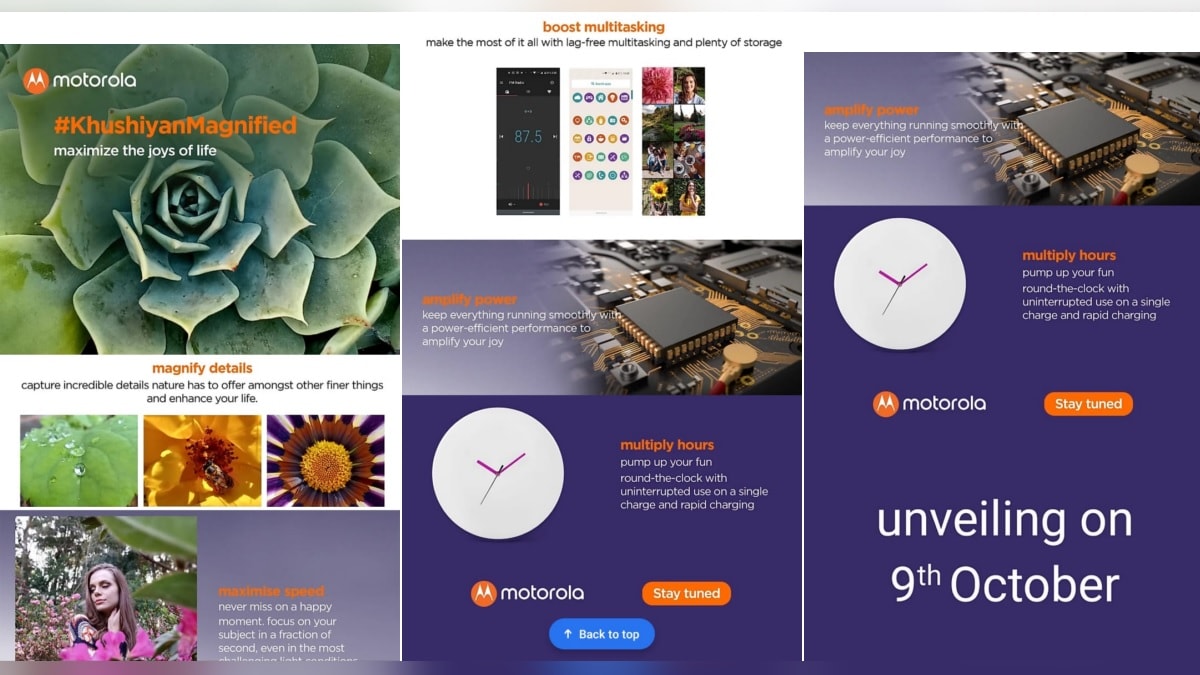 Motorola One Macro will reportedly feature an 8-megapixel selfie camera

Motorola One Macro has been spotted in leaks in the recent past, and the company's teasers had indicated a smartphone with "magnification" features will be launched in India soon. Now, a new teaser on Flipkart gives us the launch date - October 9. As the leaked name suggests, the Motorola One Macro can be expected to focus on macro photography and will reportedly come equipped with a dedicated macro lens to let users capture close-up shots. The phone will run stock Android software and will also support fast charging, however, the company has not specified the wattage.

In the imaging department, the Motorola One Macro is tipped to pack triple rear cameras that include a 13-megapixel primary shooter, a 2-megapixel depth camera, and a dedicated 2-megapixel macro lens. On the front, the phone will have an 8-megapixel selfie snapper that will be housed in a waterdrop notch, as shown in a leaked render. The Motorola One Macro is seen to sport a rear-mounted fingerprint sensor and will flaunt a gradient design on its rear panel.