Motorola One Fusion+ is priced at EUR 299 and comes in Moonlight White and Twilight Blue colour options. 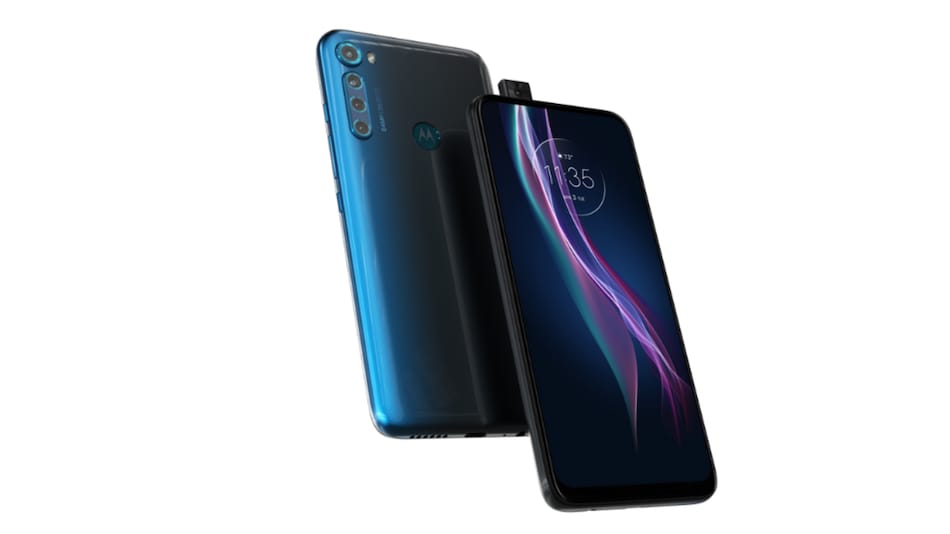 Motorola One Fusion+ is equipped with quad rear cameras

The Motorola One Fusion+ is priced at EUR 299 (roughly Rs. 25,400) for the lone 6GB + 128GB storage option. The phone comes in two colour options – Twilight Blue and Moonlight White. The Motorola One Fusion+ will go on sale in Europe sometime later, however, exact availability is not yet known and its launch in other markets remain a mystery at the moment as well.

The dual-SIM (Nano) Motorola One Fusion+ runs on stock Android 10, just like other Lenovo-owned Motorola devices. It features a 6.5-inch full-HD+ (1,080x2,340 pixels) notch-less display with 19.5:9 aspect ratio and 395ppi pixel density. It is powered by the Snapdragon 730 SoC, paired with Adreno 618 GPU and 6GB RAM. Internal storage is at 128GB, and the phone supports storage expansion using a hybrid microSD card solution (up to 1TB).

The phone packs a 5,000mAh battery with 15W fast charging support that is touted to last for up to two days. The Motorola One Fusion+ connectivity options include Bluetooth v5, Wi-Fi 802.11 ac, GPS, 3.5mm audio jack, USB Type-C port, and dual 4G VoLTE. There is a rear fingerprint sensor on the Motorola One Fusion+ and it comes with a dedicated Google Assistant button as well. Dimensions of the device are at 162.9x76.9x9.6mm and it weighs 210 grams.