Motorola One Action Price, Specifications Leak Thanks to Brief Listing on Amazon Germany

Motorola One Action will be launched alongside other Motorola One devices during IFA 2019. 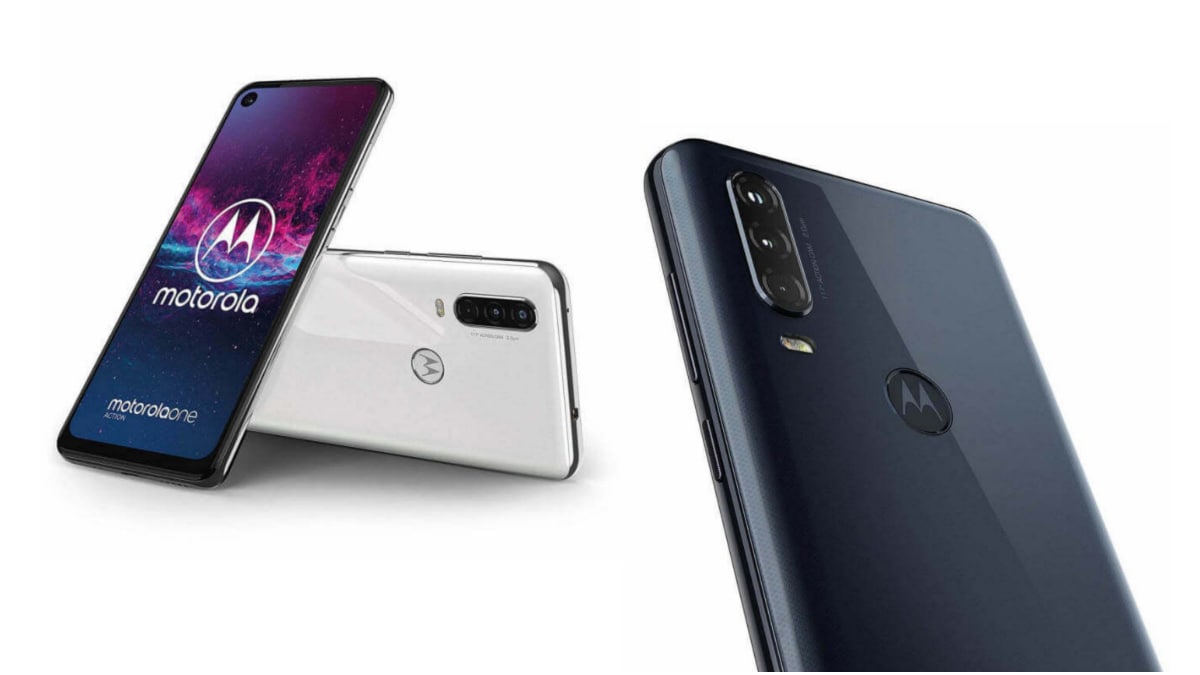 The Motorola One Action has been in the rumour mill for a couple of months now, and if a new report is to be believed then the price and availability of the upcoming Moto handset has been revealed, all thanks to a careless mistake by Amazon Germany. The Amazon listing page of the Motorola One Action has since been taken down, but it was already too late as the details regarding the phone's specifications and images were already leaked online to the world.

According to a report by WinFuture, the Motorola One Action was listed on Amazon's Germany website under the name of its predecessor, Motorola One Vision. The smartphone is expected to be launched alongside other Motorola One devices as part of the Android One programme during IFA 2019 that is scheduled to take place from September 6 to September 11. Following this, the phone should be available starting September 13, WinFuture claims citing Amazon. The phone will be priced at EUR 299 for the 4GB RAM + 128GB storage variant, but the leak suggests that there will be cheaper configurations with 3GB RAM with 32GB or 64GB of internal storage.

As per the leak, key specifications of the Motorola One Action includes the same Exynos 9609 SoC, which is also found on the Motorola One Vision. What else remains the same is the 6.3-inch display with full-HD+ (1080x2520pixels) resolution that features a punch-hole design and the 21:9 screen aspect ratio. The battery capacity has been set at a measly 3,500mAh when compared to today's standard.