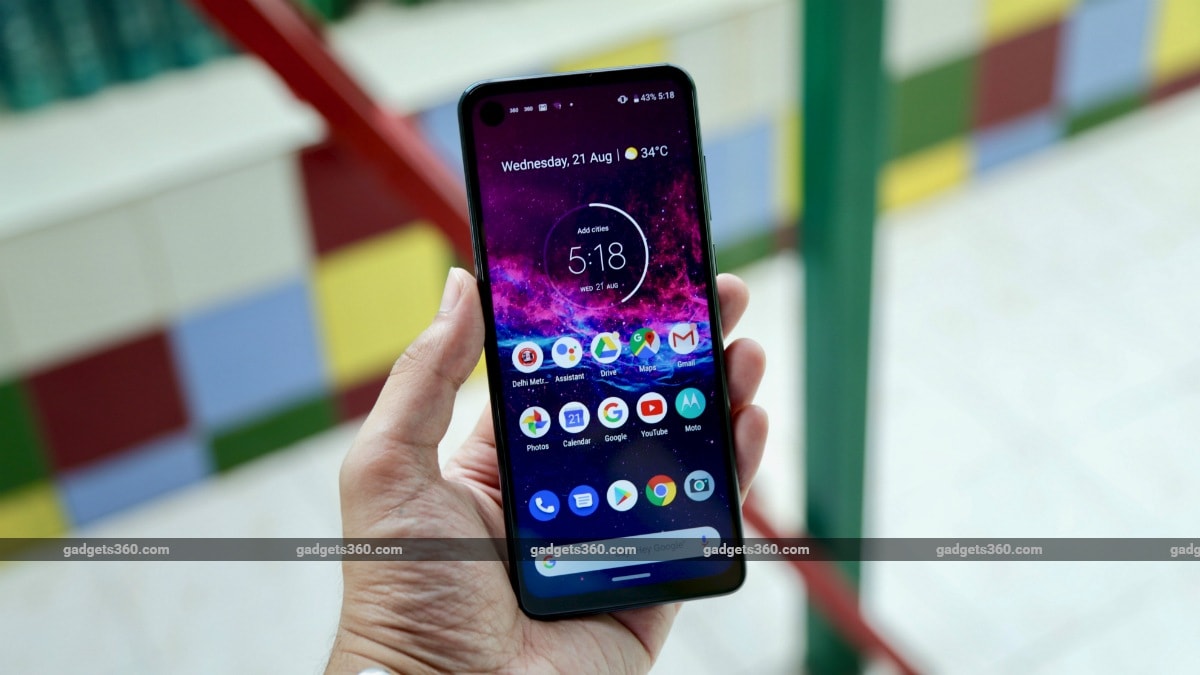 Motorola One Action has been launched in India. The new Motorola phone will go on sale in the country starting August 30. Unlike many other smartphones of its range, the Motorola One Action comes with a dedicated 117-degree ultra-wide angle lens action camera that is designed to capture detailed videos. The handset also lets users record videos in landscape format while holding it vertically. Motorola has also provided its artificial intelligence (AI) based software algorithms to improve image results. Apart from the distinguished camera experiences, the Motorola One Action features a 21:9 Cinema Vision display that sports a hole-punch design.

The Motorola One Action price in India has been set at Rs. 13,999 for the lone 4GB RAM + 128GB storage variant. The smartphone will be available for purchase in the country through Flipkart starting 12pm (noon) IST on August 30. At its price, the Motorola One Action competes against the Redmi Note 7 Pro, Realme 5 Pro, and Mi A3 smartphones.

Launch offers on the Motorola One Action include Rs. 2,200 Jio instant cashback, and 125GB of additional Jio 4G data. The smartphone would be available in Denim Blue and Pearl White colour variants.

To recall, the Motorola One Action was unveiled globally last week. It also went on sale in Brazil, Mexico, and some parts of Europe with a price tag of EUR 259 (roughly Rs. 20,600).

The dual-SIM (Nano) Motorola One Action runs Android 9 Pie, with a promise to upgrade to Android 10 and Android 11. It features a 6.3-inch full-HD+ (1080x2520 pixels) IPS CinemaVision display along with 21:9 aspect ratio. Under the hood, the phone has an octa-core Samsung Exynos 9609 SoC, coupled with Mali G72 MP3 GPU and 4GB of RAM.

The rear camera of the Motorola One Action comes with an 'Enhanced Video Stabilisation' to reduce jerks and shakes in action videos. Also, as we mentioned, the camera setup is capable of capturing landscape videos while the phone is in the vertical position and vice versa.

Further, the selfie camera of the Motorola One Action supports features such as Portrait lighting, Shot optimisation, Auto smile capture, Group selfie, Portrait mode, and Cinemagraph among others.

For storing content, the Motorola One Action has 128GB of internal storage that is expandable via microSD card (up to 512GB). Connectivity options include 4G LTE, Wi-Fi 802.11ac, Bluetooth v5.0, GPS/ A-GPS, NFC, USB Type-C, and a 3.5mm headphone jack. Sensors on the phone include accelerometer, ambient light, gyroscope, fingerprint reader, magnetometer, and proximity sensor.