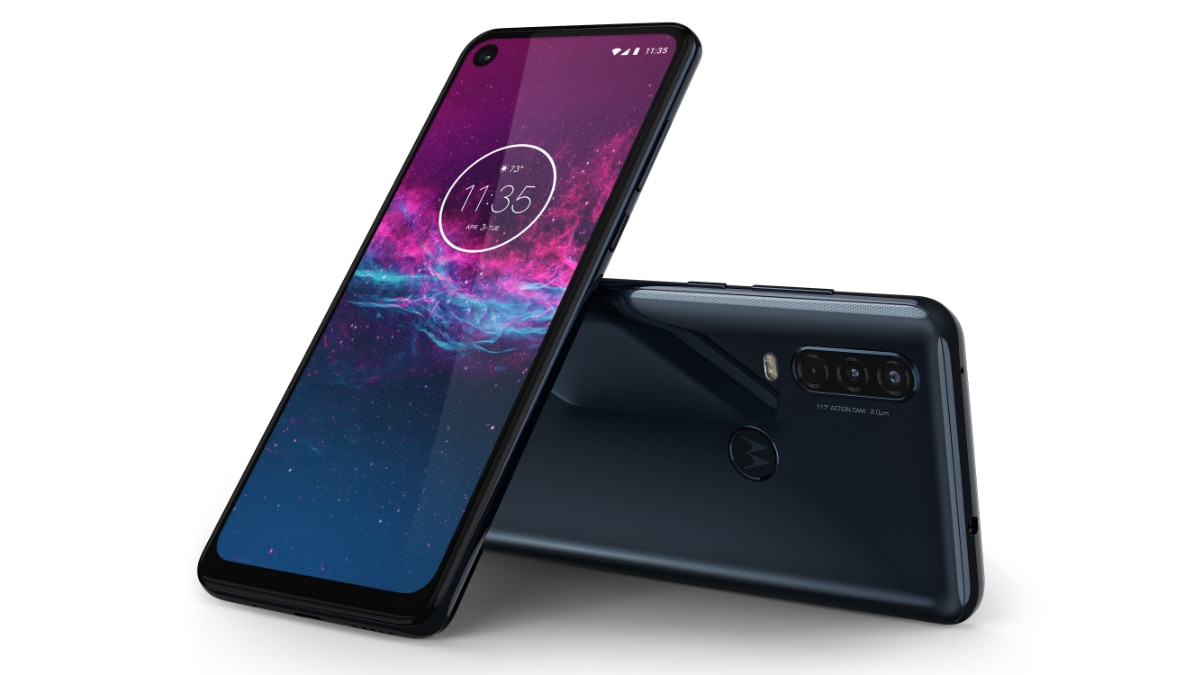 The Motorola One Action launch event will take place in New Delhi at 12pm (noon) IST. The event will be live streamed through the Motorola India event on YouTube. Furthermore, its debut has been teased on Flipkart through a microsite.

Motorola hasn't revealed the India price of the One Action smartphone. However, it is expected to be in line with what was announced last week.

The Motorola One Action debuted with a price tag of EUR 259 (roughly Rs. 20,600) for the lone 4GB RAM + 128GB storage variant. Moreover, it carries Google's Android One branding that confirms a stock experience.

The Motorola One Action has 128GB of inbuilt storage that is expandable via microSD card (up to 512GB). Connectivity options include 4G LTE, Wi-Fi 802.11ac, Bluetooth v5.0, GPS/ A-GPS, NFC, USB Type-C, and a 3.5mm headphone jack. There are also built-in sensors including an accelerometer, ambient light, gyroscope, fingerprint reader, magnetometer, and a proximity sensor.

Besides, the Motorola One Action packs a 3,500mAh battery that supports 10W charging.