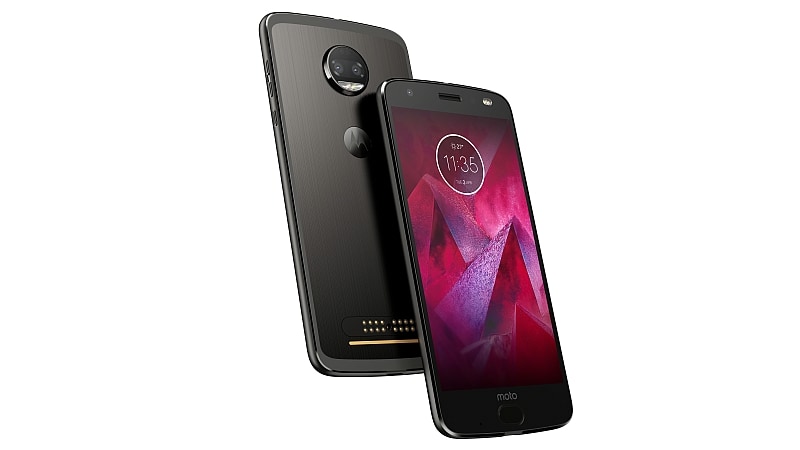 Moto Z2 Force, successor to the Moto Z Force, will be Lenovo-owned Motorola's first smartphone to launch in India in 2018. The limited edition phone will be launched in the country at 12pm IST on Thursday via a live streamed event. The Moto TurboPower Pack Moto Mod will accompany the Moto Z2 Force. The handset is expected to be available across several online and offline channels (including Moto Hub retail stores), while the Moto Mod is already available in India. Stay tuned to Gadgets 360 for all the details around the launch. You can also watch the live stream right here.

The Motorola Moto Z2 Force price in India will be officially revealed only at the launch on Thursday. Unlocked variant of the phone was launched in the US last year at a price of $799 (roughly Rs. 51,200). We can expect the phone to have a similar price in India. As for availability, we can expect the limited edition smartphone to become available for purchase next week on Flipkart, Amazon India, or both. It may also be made available across offline stores, including Motorola's Moto Hub stores.

The Moto TurboPower Pack price in India is Rs. 5,999. Launched in India in December last year, it is available for purchase in India online via Flipkart and offline via Moto Hub and other Moto partner stores. Moto Mods are compatible with all smartphones in the Moto Z series.

In the camera department, the Moto Z2 Force bears a dual camera setup on the back with two 12-megapixel Sony IMX386 sensors, with features such as PDAF, laser autofocus, and a dual LED flash. On the front is a 5-megapixel sensor, with f/2.2 aperture, an 85-degree wide angle lens, and LED flash. The phone comes with 64GB/ 128GB inbuilt storage, expandable via microSD card (up to 2TB).