A new Motorola smartphone has been spotted running Android 12 on the Wi-Fi Alliance website. 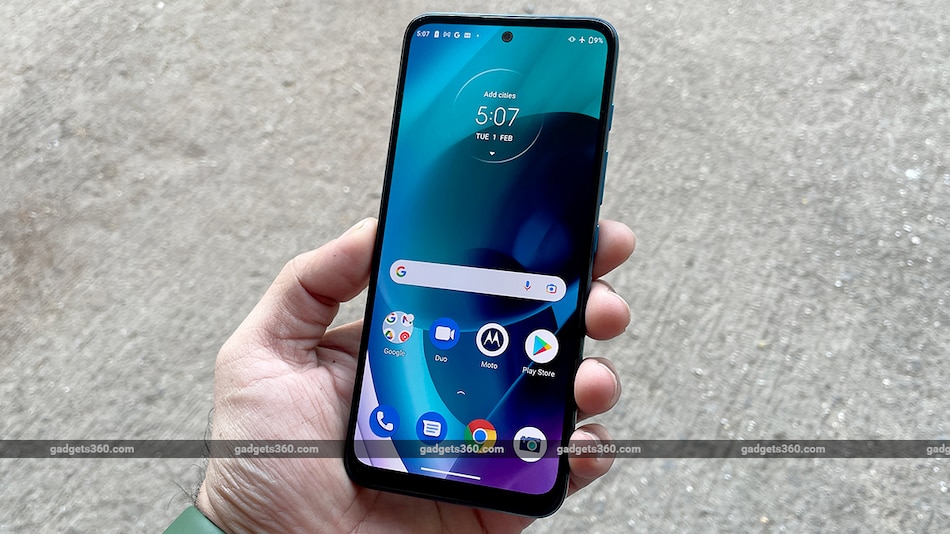 Motorola is said to be working on a new smartphone that could be launched as part of the company's Moto G-series lineup. The handset, tipped to be the Moto G82, has been spotted on certification websites in various countries including the Wi-Fi Alliance, EEC, BIS, and TDRA websites suggesting the upcoming launch of the smartphone. The processor on the rumoured Moto G82 has also been tipped after it was spotted on a benchmarking website. Motorola is yet to officially reveal any details of the unannounced handset.

Meanwhile, the handset tipped to be the Moto G82 was also spotted on the Wi-Fi Alliance website with the model number XT 2225-1, revealing that the phone will support dual-band Wi-Fi and will run on Android 12 out of the box. The smartphone has also been spotted on the BIS website, with the model number XT2225-1 — suggesting that the handset will also make its debut in India according to the report.

The rumoured Moto G82 smartphone was also spotted in a Geekbench listing for a smartphone with the model number XT2225-2 with a single core score of 651 and multi-core score of 1850. The handset is listed to sport an octa-core processor that could be the Snapdragon 695 based on its specifications, according to the report. The listing also shows the smartphone to come with 8GB of RAM. As previously mentioned, the company is yet to officially announce any details regarding the Moto G82 smartphone.