Moto G8 Power will reportedly be powered by the Qualcomm Snapdragon 665 SoC. 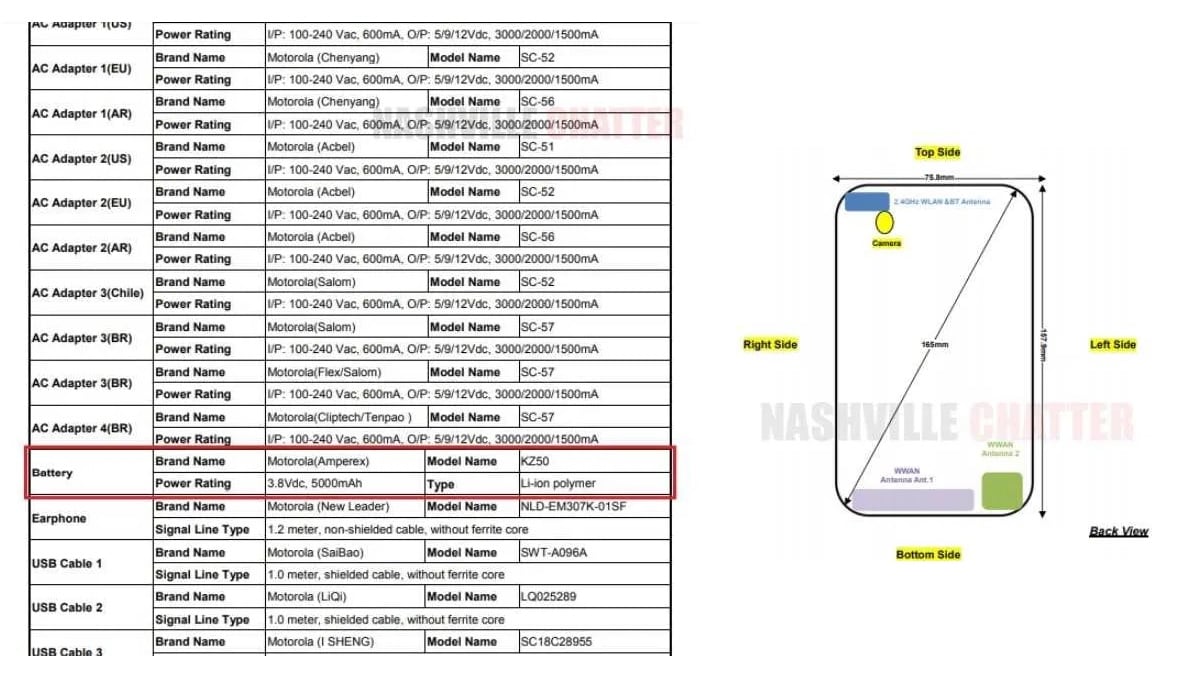 Motorola has launched a ‘Power' model of its Moto G-series phones for the past few years, and is reportedly gearing up to give the same treatment to the Moto G8 lineup as well. A Motorola phone with the model name ‘KZ50' has reportedly been certified by the US FCC packing a large 5,000mAh battery. Additionally, another Motorola phone with the model number XT2041-4 has received the Wi-Fi certification ahead of its launch. The phones mentioned above are tipped to debut as the Moto G8 Power running Android 10 and drawing power from the Snapdragon 665 SoC.

As per a report by Nashville Chatterclass, the US FCC has certified a Motorola phone with the model number ‘KZ50' that packs a large 5,000mAh battery. Traditionally, Motorola's G-series phones with the ‘Power' moniker have packed large batteries, indicating that the ‘KZ50' might eventually debut as the Moto G8 Power keeping in mind its battery capacity. The US FCC database also revealed that the phone will be 157.9mm tall and might pack a display that will measure between 6.2-inch and 6.3-inch, but there is no word on its resolution or its other attributes.

The Wi-Fi Alliance has also certified a Motorola phone carrying the model number ‘XT2041-4', and it is tipped to arrive as the Moto G8 Power. The Wi-Fi Alliance database indicates that the phone will run Android 10 and will offer 2.4G+5G Wi-Fi support. XDA-Developers Editor-in-Chief, Mishaal Rahman, recently tweeted that a new phone codenamed ‘sofia' is currently being tested by Motorola and that it might debut as the Motorola G8 Power.

Rahman's tweet adds that the phone is being tested with Android 10 and that it is based on the sm6125 platform. For clarity, SM6125 is the part number of Qualcomm's octa-core Snapdragon 665 SoC that also powers the Moto G8 Plus which was launched earlier this year. Separately, another Motorola phone carrying the model number Moto XT2045-2 has been certified by the Eurasian Economic Commission (EEC), but as of now, there is no word on its name or specifications