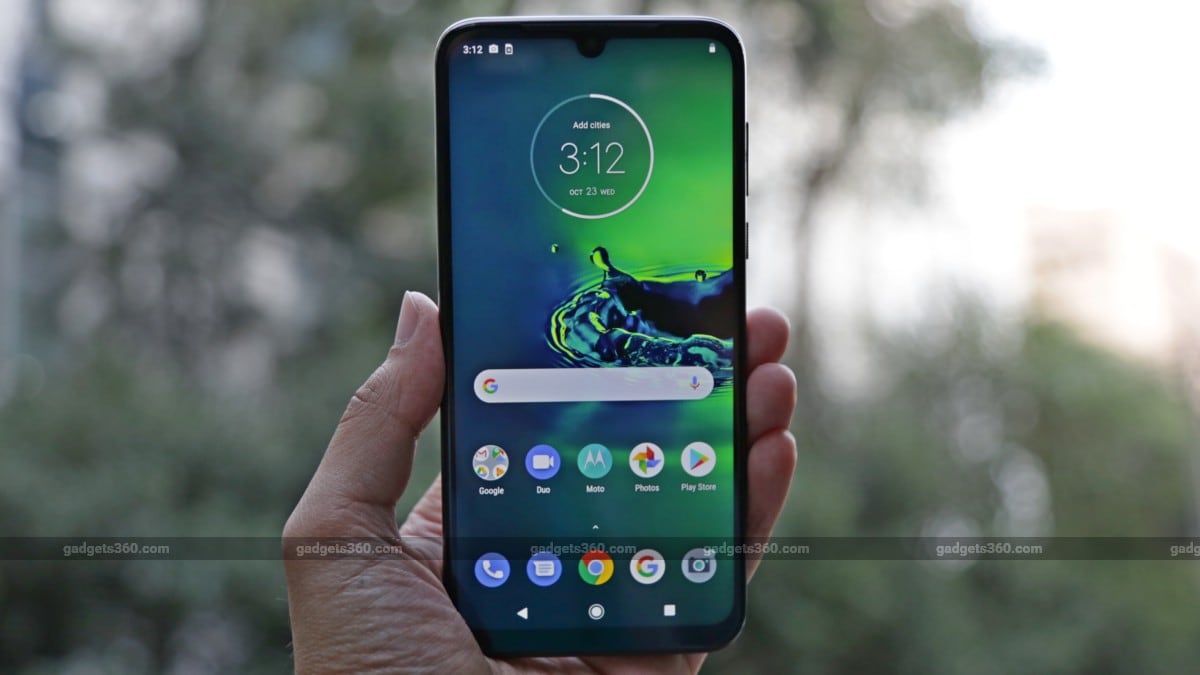 Moto G8 Plus will go on sale in India from the end of October, in two colour variants.

Moto G8 Plus has been launched as the newest entrant in Motorola's mid-range G-series. The Moto G8 Plus packs a triple rear camera setup that includes a 48-megapixel main camera and a dedicated 16-megapixel action camera, just like the Motorola One Action. The Motorola G8 Plus employs the quad pixel technology for the main rear snapper, the ultra-wide action camera as well as the 25-megapixel selfie camera to deliver brighter photos. The phone comes with a water repellent design and supports the proprietary 15W TurboPower fast charging. In Brazil, Motorola launched the Moto G8 Play and Moto E6 Play in addition to the Moto G8 Plus. Specifications of the India variant of the Moto G8 Plus also appear to be slightly different from the global variant.

Moto G8 Plus price in India

Moto G8 Plus has been priced at Rs. 13,999 for the sole 4GB + 64GB variant in India. It comes in Cosmic Blue and Crystal Pink colour options with a subtle gradient design. The new Moto G-series phone will be available from 12pm (noon) IST on October 29 via Flipkart. Moto G8 Plus launch offers include Jio Cashback up to Rs. 2,200, Cleartrip voucher worth Rs. 3,000, and Zoom Car vouchers worth Rs. 2,000.

The dual-SIM (Nano) Moto G8 Plus runs stock Android 9 Pie and comes with a promise of an assured upgrade to Android 10. It sports a 6.3-inch full-HD+ (1080x2280 pixels) IPS LCD display with 19:9 aspect ratio, a U-shaped notch, and a pixel density of 400ppi. The phone draws power from the octa-core Qualcomm Snapdragon 665 SoC clocked at 2.0GHz, ticking alongside the Adreno 610 GPU, and 4GB of LPDDR4 RAM.

The Moto G8 Plus offers 64GB of internal storage that can further be expanded via a microSD card (up to 512GB), but at the cost of dual-SIM functionality. Connectivity options on the new Motorola phone include 4G LTE, Bluetooth v5.0, Wi-Fi 802.11 a/b/g/n/ac, Qualcomm aptX, GPS, A-GPS, GLONASS, Galileo, 3.5mm headphone jack, and a USB Type-C port.

Sensors onboard include accelerometer, ambient light sensor, e-compass, fingerprint reader, gyroscope, proximity sensor, and a magnetometer. The phone comes equipped with a 4,000mAh battery that supports 15W charging with the bundled 15W TurboPower charger - rated to deliver 8 hours of charge with 15 minutes of charging. The Moto G8 Plus measures 158.35x75.83x9.09mm and tips the scales at 188 grams.