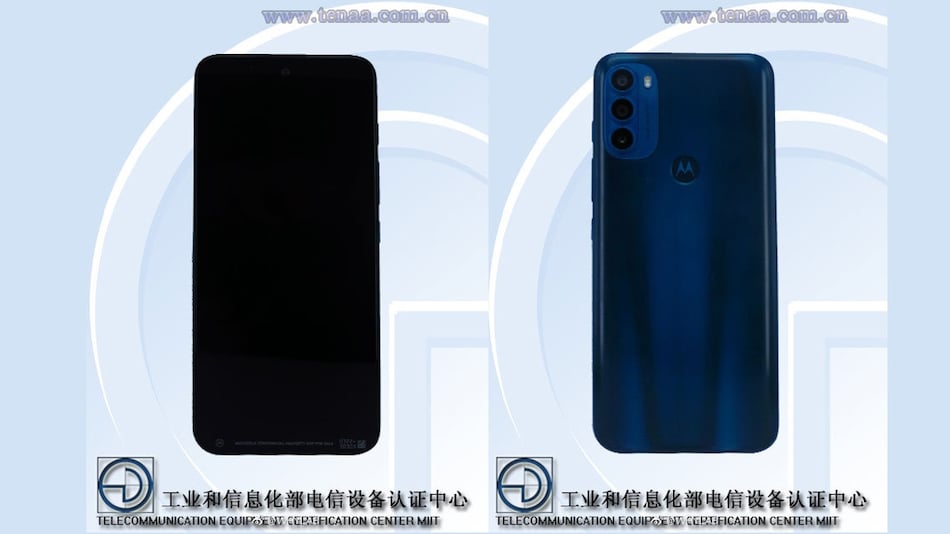 Motorola Moto G71 specifications and images have allegedly surfaced via a certification listing. As per the listing shared by a tipster, the smartphone will come equipped with a hole-punch display and a triple rear camera setup. The phone is said to feature a full-HD+ display and pack a 4,700mAh battery. The Motorola smartphone was previously spotted on the US Federal Communications Commission (FCC) certification website. The handset is claimed to have 5G and NFC connectivity. There is no word on the Moto G71 from the Lenovo-owned company as of now.

As per a post by tipster WHYLAB on Weibo, the rumoured Moto G71 has appeared on TENAA with the model number XT2169-2 (translated). Gadgets 360 was not able to independently confirm the listing. The tipster says that the alleged smartphone will come with a 6.4-inch full-HD+ (1,080x2,400 pixels) OLED panel. The phone is said to pack a 4,700mAh battery and feature a 3.5mm port as one of the connectivity options. As far as processing power is concerned, the Motorola smartphone is tipped to come equipped with an octa-core SoC clocked at 2.2GHz. It is possible that this SoC is a Qualcomm Snapdragon 480+ chip that also powers the Moto G51, but it's only a speculation.

Last month, the Moto G71 was spotted on the US FCC website. It was also hinted that the smartphone would come with 5G and NFC connectivity options. Incidentally, the FCC lists a Motorola smartphone with the model number XT2169-1, which could be a variant of the Moto G71. The alleged presence of 5G connectivity also hints that the phone may indeed come with a Qualcomm Snapdragon 480+ chipset. The Moto G71 is said to have a thickness of 8.4mm and 180 grams weight.

Recently, Motorola launched the Moto G51 with a 6.8-inch LCD display. As mentioned, the phone is powered by a 2.2GHz Qualcomm Snapdragon 480+ octa-core SoC paired with 8GB RAM. It features a triple rear camera setup with a 50-megapixel primary sensor and packs a 5,000mAh battery with support for 10W fast charging. There is a fingerprint scanner at the back of the phone, and connectivity options include dual 5G support.

Red Notice Review: Dwayne Johnson, Ryan Reynolds, Gal Gadot Are in It for the Money
Didi Said to Prepare for Relaunch of Apps in China, Anticipates Data Probe Will End Soon