Moto G200 could be available in two colour variants — Black and Gradient Blue. 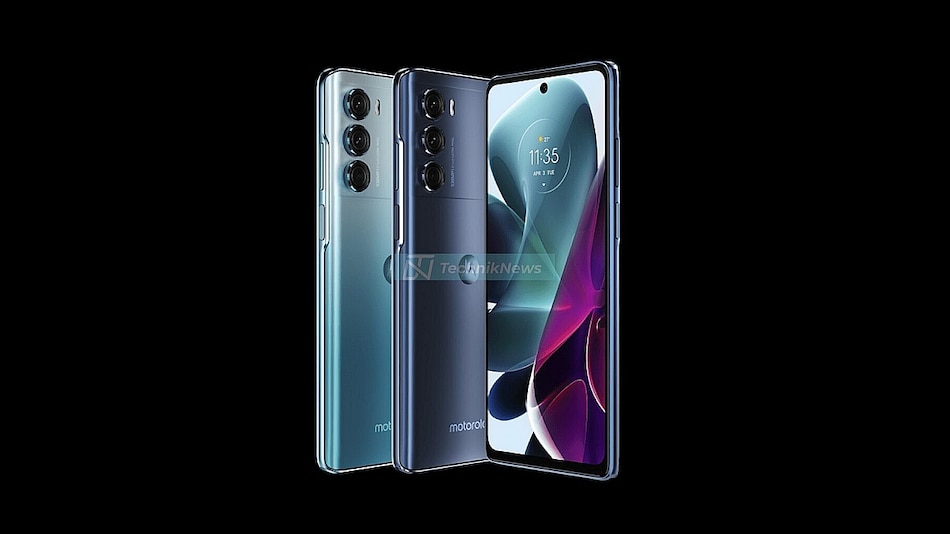 Moto G200 could sport a 108-megapixel primary sensor, with a hole-punch display

Motorola Moto G200's alleged renders have appeared online, suggesting that the Moto G100 successor could come with a 108-megapixel triple camera setup and a hole-punch display. The smartphone could be available in two colour variants, according to the latest renders. The purported Moto G200 will reportedly feature the Qualcomm Snapdragon 888 chipset, paired with 8GB of RAM. As per some previous leaks, the handset is likely to run Android 11 out-of-the-box. It should be noted that the company hasn't officially announced any specifications or launch details of Moto G200.

According to renders shared by TechnikNews (in German), Moto G200 could be available in Black and Gradient Blue colour variants. The renders, which were reportedly gleaned via “public sources,” also show lettering on the rear camera that suggests the smartphone could come with a 108-megapixel primary camera. The device sports the Motorola “batwing” logo on the back, although it is currently unclear whether it will double up as a fingerprint scanner, or Motorola chooses to include an in-display fingerprint reader. Details of the battery capacity of Moto G200 are currently unknown.

As per an earlier report, Moto G200 could come with a full-HD+ display with 144Hz refresh rate. The device might be powered by the Snapdragon 888 chipset, coupled with 8GB of RAM. Moto G200 — codenamed “Yukon/Xpeng” — is also expected to sport a 13-megapixel ultrawide camera, which might also support macro photography. The device could also come with a 2-megapixel depth sensor. It could be launched in China as Motorola Edge S30.

Released earlier this year, Moto G100 was launched with the Qualcomm Snapdragon 870 5G chipset, along with 8GB of RAM and 128GB of storage. Users can also expand the inbuilt storage via a microSD card (up to 1TB) on Moto G100. The device sports a 6.7-inch full-HD+ LCD display with a 90Hz refresh rate. Moto G100 is equipped with a quad-camera setup that features a 64-megapixel primary sensor. It comes with a 5,000mAh battery which supports the company's proprietary TurboPower charging at 20W.