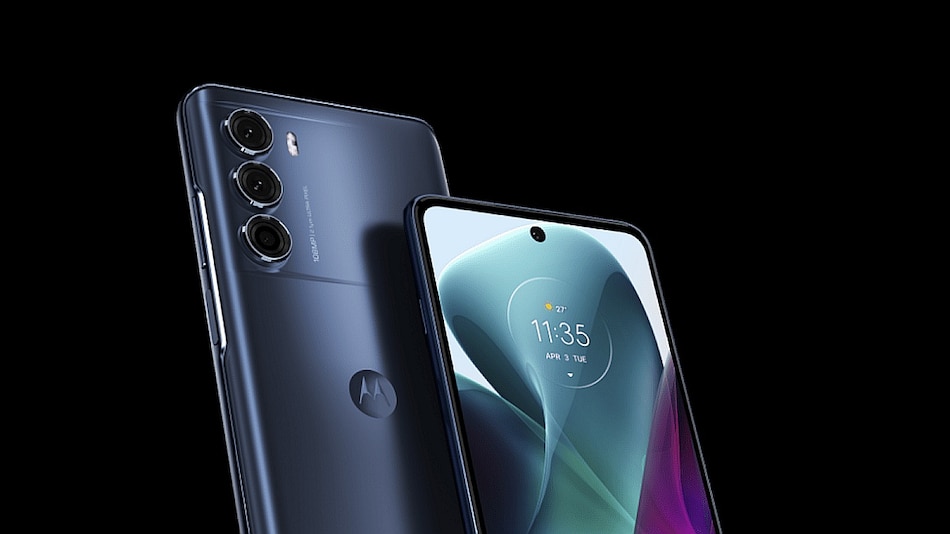 Moto G200 is equipped with a 108-megapixel triple camera setup

Moto G200 was recently launched by Motorola in Europe, with high-end specifications including a Snapdragon 888+ SoC and a 108-megapixel triple camera setup. The company could launch the handset in India in December, according to a tipster. Moto G200 is equipped with 8GB of RAM and up to 256 GB of storage along with a 5,000mAh battery with 33W charging support. The smartphone was initially launched on November 18, alongside Moto G31, Moto, G41, Moto G51 and Moto G71 handsets.

The new Moto G200 could be launched in India in December, according to a tweet by tipster Debayan Roy. The tweet mentions a new Motorola smartphone "with Snapdragon 888+" that is reportedly set to arrive on November 30. However, Roy later tweeted that the smartphone which was launched globally as the Moto G200 could be delayed into the first or second week of December, reiterating the claim that the device would be launched in the country.

Ok..an update: The phone already launched globally as Motorola G200 & till now the 30th November date is confirmed but there is a chance of slight delay, if that happens the phone will launch in 1st or 2nd week of December but India launch is CONFIRMED and it'll not cancel !

While Motorola is yet to formally announce its plans for the smartphone in India, we already have a fair idea of the Moto G200 specifications after its launch last week. The smartphone currently has a price tag of EUR 449 (roughly Rs. 37,600) in Europe. Moto G31, Moto G51 and Moto G71 are also expected to launch in India at a later date.

The handset sports a triple rear camera setup which features a 108-megapixel primary sensor, a 16-megapixel ultra-wide sensor, and a 2-megapixel depth sensor. Moto G200 has a single centre-aligned 16-megapixel hole-punch selfie camera located at the top of the screen. Moto G200 is yet to be officially announced in India, and readers will have to wait and see if the company launches the smartphone with the same specifications as the one launched in Europe.