A render has shown the phone with a hole-punch display design. 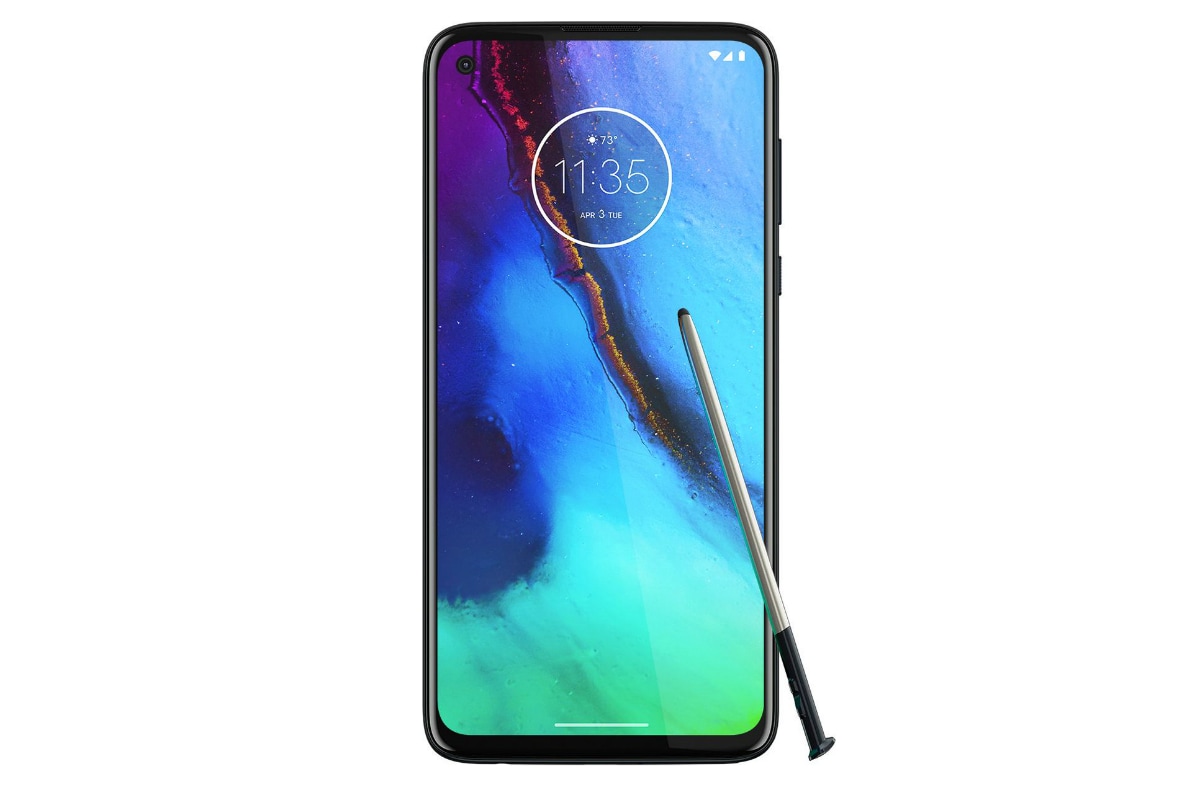 Motorola seems to have a new smartphone in the pipeline with a dedicated stylus pen. The new model has been leaked online and could be called the Moto G Stylus, if we believe a listing on the Canadian government site. Motorola last year unveiled its Moto G7 smartphones in February. This suggests that we may see the new Motorola phone with a stylus pen sometime in the coming weeks. In addition to the new smartphone, the Lenovo-owned company is currently in the rumours for working on its flagship model called the Motorola Edge+.

Reputed tipster Evan Blass, who goes by his stage name @evleaks on Twitter, has leaked a render showing the Motorola phone bundled with the stylus. The tipster doesn't provide any details about the model. However, the render shows its hole-punch display design and curved glass protection.

The stylus doesn't seem to have a pressure-sensitive tip -- the one that exists on the S Pen available with Samsung's Galaxy Note series. This hints that the new phone wouldn't be a top-end option in the line of Motorola smartphones this year.

Nevertheless, the leaked phone appears to be the first Android model by Motorola to carry a stylus pen.

As per the details available on the Radio Equipment List (REL) on the Government of Canada, Motorola has the Moto G Stylus in the works with model number XT2043-4. This could be the new Motorola phone with a stylus pen. It received approval by the Canadian authority in January 3 and also surfaced on US Federal Communications Commission (FCC) with the same model number. However, Motorola hasn't announced any specifics so far.

Alongside the stylus-carrying phone, Blass recently hinted at the development of the Motorola Edge+. He tweeted the name of the smartphone and mentioned that it would be a Verizon-locked phone with a hole-punch display.

We can safely expect some other sources to reveal details about both the Motorola Edge+ and the company's new phone with the stylus pen in the coming days.