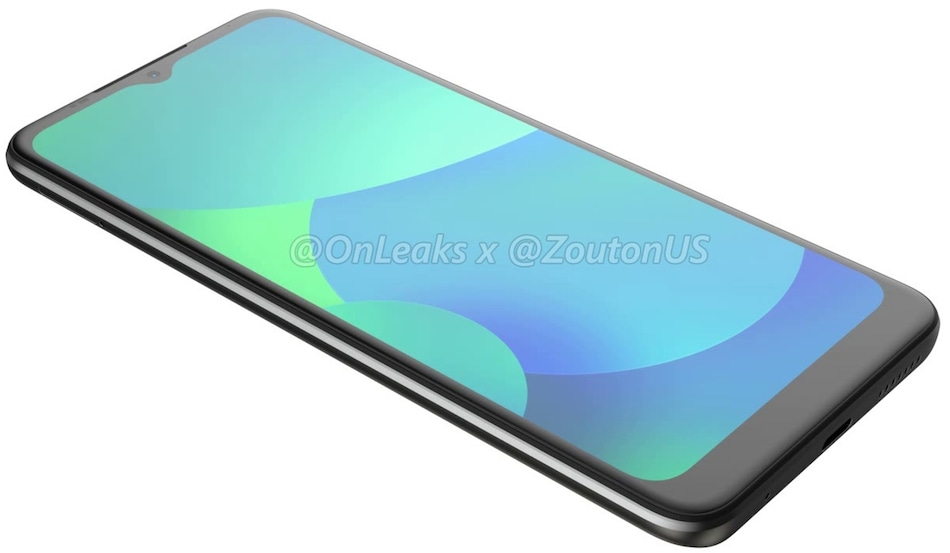 Motorola Moto G Pure is inching towards its launch as its official-looking renders have surfaced online. However, neither the smartphone nor its release date has been officially confirmed by the company as of now. Moto G Pure is reported to launch sometime next month. Some key specifications of the smartphone have also been shared by the report. It is said to come with a MediaTek Helio G25 SoC paired with 3GB RAM and 32GB of onboard storage.

The renders of the Motorola Moto G Pure were shared by tipster Steve Hemmerstoffer (@onleaks), in collaboration with Zoutons. The renders show the display with a waterdrop-style notch for the selfie camera, thick bezels on three sides, and an even thicker chin. The smartphone is shown with a dual rear camera setup mounted in a rectangular housing. On the back, there is a Motorola logo that is said to double up as a fingerprint scanner.

The top of Moto G Pure is shown with a 3.5mm headphone jack and a secondary microphone. The bottom is shown with a USB Type-C port, a microphone, and a speaker grille. The power button and the volume rocker seem to be placed on the right spine with the SIM card slot is seemingly placed on the left spine of the smartphone. The report mentions that Moto G Pure will have an aluminium frame and a plastic back panel.

Moto G Pure is said to cost between $300 (roughly Rs. 22,100) and $350 (roughly Rs. 25,800). It has been tipped to be available in Canada and the US starting second week of October. It is said to come in Electric Graphite and Lagoon Green colour options.

The purported Moto G Pure is said to come with a 6.5-inch AMOLED display and a MediaTek Helio G35 SoC paired with 3GB of RAM - as also spotted on its Geekbench listing. It is tipped to come with 32GB of onboard storage but there is no information if the smartphone will get expandable memory.

For optics, Moto G Pure is said to come with a 48-megapixel primary sensor and a 2-megapixel depth sensor in its dual rear camera setup. Selfies and video calls are tipped to be handled by a 5-megapixel sensor. It could come with a 4,000mAh battery with 10W charging. The report mentions that the smartphone could measure 167x76.5x8.6mm and the thickness could increase to 10.1mm with the camera bump.