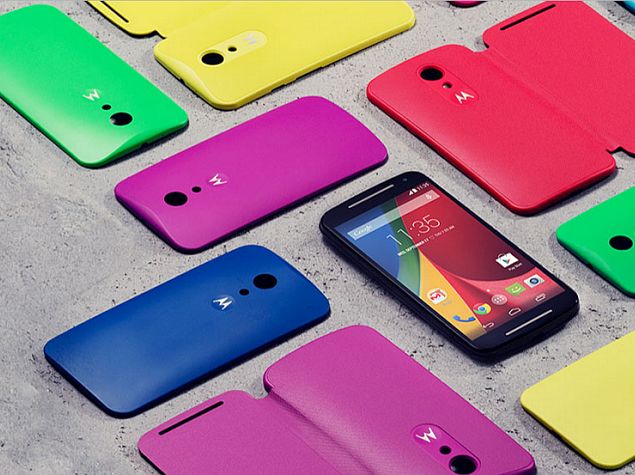 While Motorola is yet to reveal the third-generation Moto G; an Indian e-commerce website has already put up a page for the handset.

Flipkart, the exclusive online retail partner of Motorola handsets in India, has listed the Moto G (Gen 3). It appears to be an early, placeholder listing of the handset as it does not include any images and even misses out on nearly all specifications. The only detail that the listing reveals is that the Moto G (Gen 3) will come in 8GB built-in storage option and will be available in White colour. At the time of writing, the Flipkart listing (see below) of the Moto G (Gen 3) was still live; though it may be pulled soon. 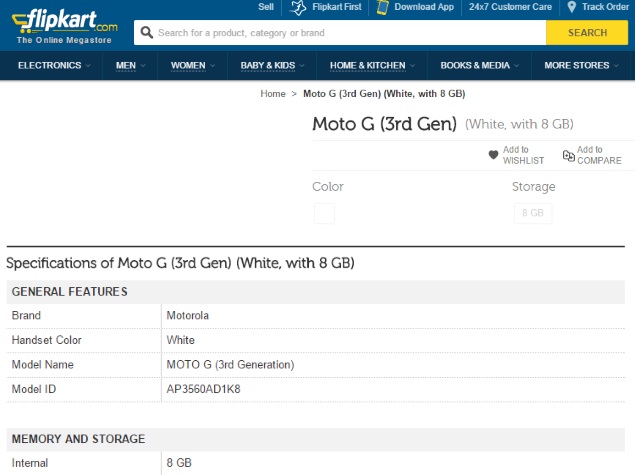 Motorola' President, Rick Osterloh, in March had confirmed that the company is hoping to maintain an annual product cycle. This implied that Motorola can be expected to unveil the next-generation Moto X around September, which was when the Moto X (Gen 2) was launched last year. We can also expect the Moto G (Gen 3) to launch in the same period.