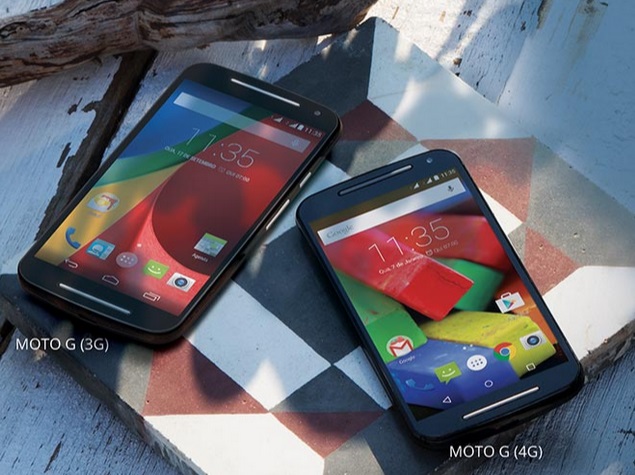 Motorola, soon after listing the Moto G (Gen 2) LTE on its Brazil site, has quietly started selling the handset in Brazil. The smartphone was earlier this month also announced for a Q1 2015 release in China.

Unfortunately, there is still no announcement from the company regarding any global rollout of the LTE variant of the Moto G (Gen 2). However, it's worth noting that Brazil has been a very important market for Motorola as many Moto handsets including the first generation Moto G were initially launched in the country.

The Motorola Moto G (Gen 2) LTE comes in a dual-SIM variant, with slots for Micro-SIM cards. The rest of the specifications of the smartphone are the same as the 3G variant. It features a 5-inch HD (720x1280 pixel) IPS display with Corning Gorilla Glass 3. The handset is powered by a 1.2GHz quad-core Snapdragon 400 (MSM8226) processor coupled alongside 1GB of RAM and Adreno 305 GPU. It runs Android 4.4.4 KitKat out-of-the-box. Considering that Motorola has already confirmed that all Moto handsets will be receiving the Android 5.0 Lollipop update; we can expect the Moto G (Gen 2) LTE also added to that list.