Moto Edge X30 is tipped to be the first smartphone to launch with the Snapdragon 8 Gen 1 SoC under the hood. 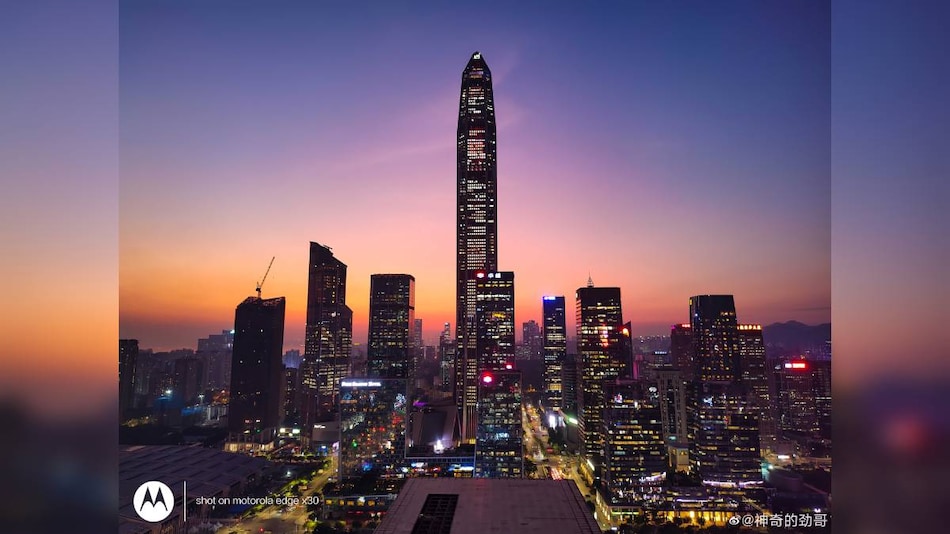 Motorola Moto Edge X30 night mode camera samples have been teased online ahead of the upcoming launch of the flagship smartphone. The handset is set to launch on December 9, and is likely to be the first Android smartphone to feature the Snapdragon 8 Gen 1 SoC under the hood. A tipster has also shared details of the upcoming smartphone's camera specifications which suggest that it will launch with a 50-megapixel triple rear camera setup, and a front-facing selfie camera with a 60-megapixel sensor.

The company teased a series of Moto Edge X30 camera samples on the official Motorola Weibo account, showing the smartphone's main camera, what appears to be a selfie, and two images clicked with the night mode on the upcoming flagship smartphone. The camera samples shared by Motorola appear bright and vivid with ample detail, especially the night mode images. Meanwhile, the company has also shared camera samples taken using the other cameras on the smartphone on its Weibo account, ahead of the December 9 launch date.

Motorola General Manager Chen Jin posted a live image of the smartphone, face-up, with no visible notch or hole punch, as spotted by Sparrows News. Calling the under-screen camera a "radical choice," Jin stated that there was an increase in user demand which prompted the company to launch a "special version" of Moto Edge X30 as the first Snapdragon 8 Gen 1 powered smartphone to feature an under-screen camera.

Previous reports had suggested that Xiaomi was aiming to launch the Xiaomi 12 series as the first smartphones with the Snapdragon 8 Gen 1 SoC in mid-December, but it appears that Moto Edge X30 is likely to be the first handset to do so, with the company confirming the December 9 launch date. The smartphone is tipped to feature a 5,000mAh battery with support for 68W charging, and could run on Android 12 out of the box, according to reports.