Motorola Moto E30 may be in the works alongside the upcoming Moto E40. 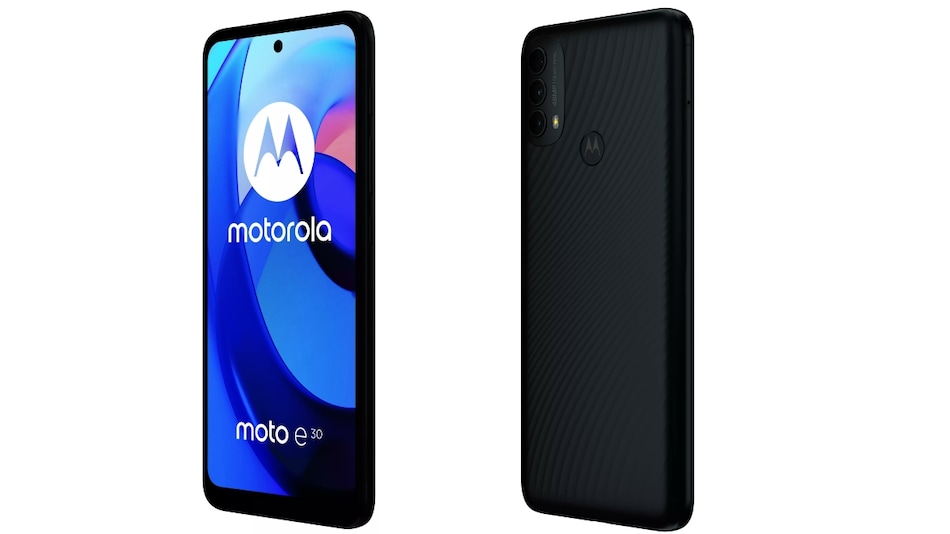 Moto E30 may come with some notable upgrades over Moto E20

Roland Quandt of WinFuture.de has shared the renders on Twitter that are purportedly of the Motorola Moto E30. The renders suggest the design of the unannounced smartphone as well as indicate some of its specifications.

The renders shared by Quandt also suggest some of the Motorola Moto E30 specifications. The phone appears to have a 48-megapixel primary camera sensor at the back. Details about the other two sensors are yet to be revealed, though expecting the phone to be positioned in the entry-level segment, the remaining sensors could be of 2-megapixel resolution and for depth sensing and macro shots. The Moto E30 is also seen with a rear-mounted fingerprint sensor — placed under the company's batwing logo.

Motorola appears to have provided a 3.5mm headphone jack at the top of the Moto E30 and a USB Type-C port at the bottom.

Last month, the Motorola Moto E30 appeared on benchmarking site Geekbench that suggested at least 2GB of RAM and an octa-core Unisoc SoC on the phone. The Geekbench listing also mentioned Android 11 on the Moto E30, though it may be Android 11 (Go edition). Tipster Evan Blass had earlier this year claimed that the Moto E30 is in the works with the codename ‘Cyprus'.

Alongside the Moto E30, Motorola seems to be working on the Moto E40 as its new Moto E-series model. The Moto E40 has been teased to launch in India soon. It may come with a 90Hz display and feature triple rear cameras.