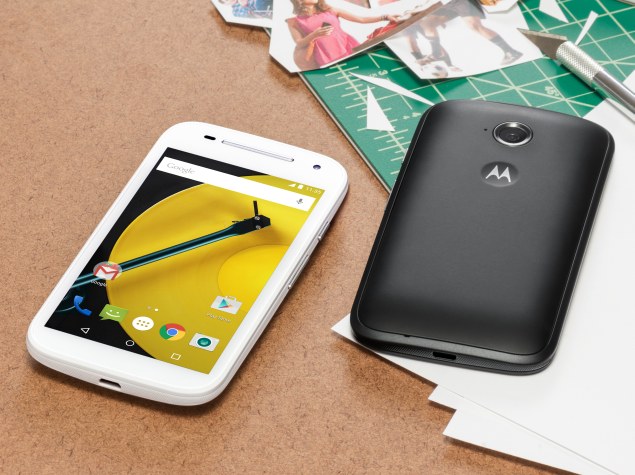 Motorola's publicised "exciting announcement" has been made. The company on Wednesday launched the next generation of its popular budget Moto E smartphone in two variants, the Motorola Moto E (Gen 2) and the Motorola Moto E (Gen 2) 4G. The unlocked 3G model is priced at $119.99 (approximately Rs. 7,400) and the 4G LTE model at $149.99 (approximately Rs. 9,200).

"We're introducing the next generation, packed with more features and functionality to give people around the world even greater access to life's possibilities - without a hefty price tag," claims the company. The company says it is also bringing some software features from its Moto X flagship, and includes Moto Display and Moto Migrate. 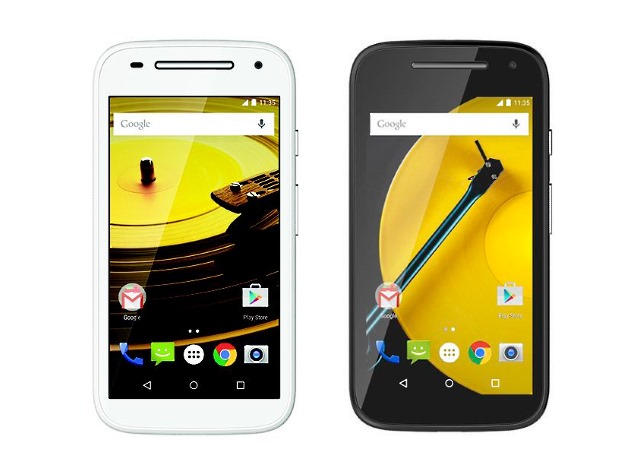 Both Moto E (Gen 2) variants pack a 5-megapixel rear camera, and this time Motorola has included the much-lamented front camera onboard, in the form of a VGA (0.3-megapixel) sensor. The 8GB of built-in storage (twice that of the original Moto E) on both Moto E (Gen 2) handsets can be expanded via microSD card (up to 32GB).

Connectivity options on the Moto E (Gen 2) include Wi-Fi, Bluetooth 4.0LE, GPS/ A-GPS, GLONASS, FM radio, and Micro-USB. The handset measures 129.9x66.8x12.3mm, and weighs 145 grams. It is backed by a 2390mAh battery, significantly larger than the previous generation.