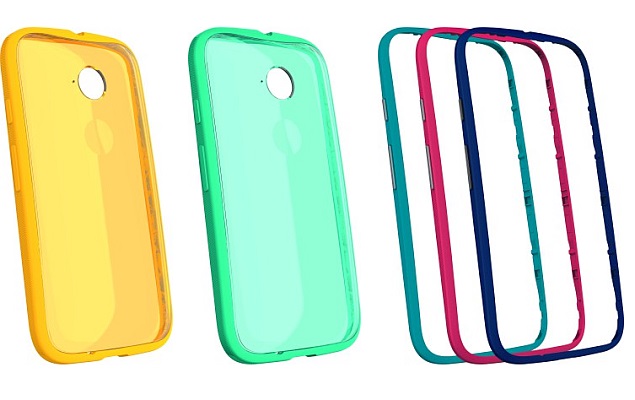 The Moto E (Gen 2) accessories listed for sale by Flipkart include the Motorola Grip Shell Back Cover priced at Rs. 899, and the Motorola Band Multicolour at Rs. 999.

Motorola had launched the Moto E (Gen 2) in India earlier this month. While the 3G variant went up for sale at Rs. 6,999, which is same as the original Moto E price at launch last year; the company is yet to announce pricing of the 4G LTE variant of the handset. Motorola India General Manager Amit Boni had during the launch of the 3G variant said the 4G LTE variant could be expected to launch within the next two months, and that it would be priced below Rs. 10,000

Now, the Motorola Moto E (Gen 2) 4G has been listed on Flipkart with a "coming soon" tag tipping an imminent release soon. .

The new Moto E features a 4.5-inch qHD (540x960 pixels) offering a pixel density of 256ppi. There is a 5-megapixel rear camera again on the handset, while this time there is a 0.3-megapixel front camera also onboard. The new Moto E comes with 8GB of built-in storage, which is double the storage on Moto E, and supports expandable storage via microSD card (up to 32GB).