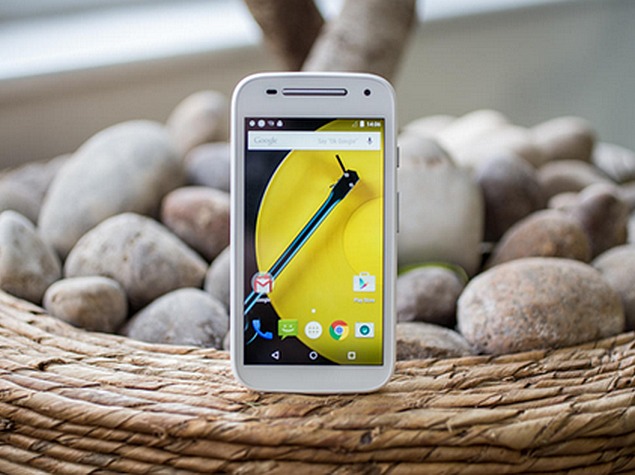 After listing the smartphone for pre-orders last week, Motorola India on Monday announced that the Moto E (Gen 2) 4G will be available to purchase from midnight via exclusive partner Flipkart.

First unveiled at the end of February, both handsets offer several improvements over their predecessor the Motorola Moto E, including a larger display, battery, and twice the built-in storage.

Upfront, both smartphones - the Moto E (Gen 2) and Moto E (Gen 2) 4G - feature a 4.5-inch qHD (540x960 pixel) display with a pixel density of 245ppi, and Corning Gorilla Glass 3 protection along with anti-smudge coating. Both variants pack a 5-megapixel rear camera, and this time Motorola has included the much-lamented front camera onboard, in the form of a VGA (0.3-megapixel) sensor. The 8GB of built-in storage on both Moto E (Gen 2) handsets can be expanded via microSD card (up to 32GB).