Motorola India Claims to Have Sold 2.5 Million Smartphones This Year 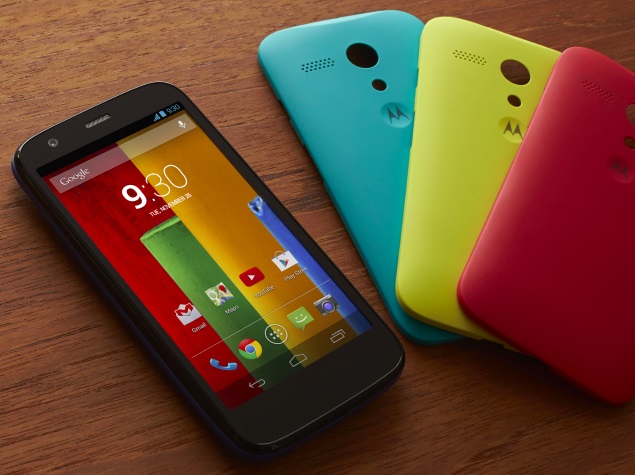 Motorola India on Monday announced that it has sold 2.5 million smartphones in India this year. Additionally, the Lenovo-owned company is offering special offers on Flipkart to new customers on the purchase of Moto E, Moto G, Moto G (Gen 2), Moto X, and Moto X (Gen 2) smartphones.

The company announced the news on Twitter and said, "#MotoFans, thanks for choosing us! To celebrate 2.5M customers, we have some cool offers in store!"

#MotoFans, thanks for choosing us! To celebrate 2.5M customers, we have some cool offers in store! #ChooseChoice http://t.co/CPi8pS9Np3

Flipkart, the exclusive retail partner for Motorola smartphones in India since the Moto G, lists the new offers on every 'buy now' page of Moto E, Moto G, Moto G (Gen 2), Moto X, and Moto X (Gen 2) smartphones, such as '5 lucky winners to get Rs. 50,000 worth of gift vouchers' and '100 lucky customers to get 100 percent cashback'.

Interestingly, Flipkart's Vice President, Retail and Head Strategic Brand Alliances, Michael Adnani in September at the launch of second generation of Moto G and Moto X smartphones had claimed that it sold over 1.6 million units of its Moto (Moto E, Moto G and Moto X) devices in the first seven months of sales - since the exclusive Flipkart launch of the Moto G in February.

This means that Motorola sold about 900,000 Moto phones in the months of October and November. The company has not shared the breakup of units sold in India.

A market research company in August claimed that Motorola's Moto G was one of the most popular handsets in the company's smartphone lineup in India, closely followed by the Moto E. It also suggested that Moto G sales helped the company to overtake Nokia (now operated by Microsoft) to become the fourth-largest smartphone vendor in India in terms of units shipped in the quarter-ended June. Last month, Motorola brought back the first generation Moto G to India.

Motorola and Flipkart were recently offering the second-generation Moto X under an exchange where users could get a discount of up to Rs. 6,000 depending on the handset they put up for exchange.